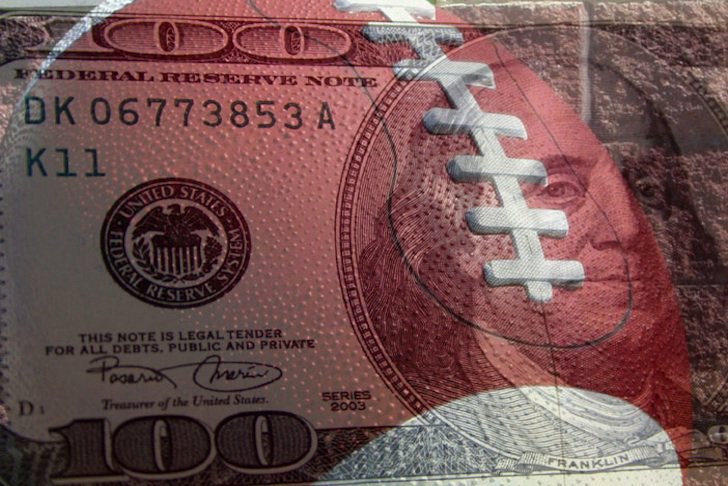 The online NFL betting season is rapidly approaching, leaving us searching for the best online sportsbooks for American players.

Apart from looking over some online NFL preseason betting lines, right now the majority of online sportsbook players are sizing up lines for this upcoming season, particularly for Week 1’s opening action.

One of the most popular lines amongst the top sportsbooks involves NFL spread betting. Spread betting is often turned to because of the ‘winning range’ that the lines offer. Instead of having to pick a winner straight up on a money line, players can wager on whether a team will win by a certain amount or whether their opponent will lose by a given sum.

So, what are some of the best online NFL betting spread lines for the league’s Week 1’s contests? Let’s take a look.

This will be the 2017 NFL season’s kick off game, which pits the reigning Super Bowl champions against the reigning AFC West champions. The Patriots rightfully enter this contest as the top sportsbook favorite, and the biggest obstacle for them is having all their players ready to go out of the gate.

The real question for fans betting on this contest is whether or not New England will be able to cover the spread. The Chiefs had a pretty good defense last year, and they should be able to hold their own against New England. MyBookie.ag has some good action for fans who feel that the Pats can beat the Chiefs by 8 on opening day.

There’s no better way to kick off the 2017 online NFL betting season than by wagering on one of the biggest rivalries in the nation. The Steelers enter this season as the reigning AFC North champions and they’ll be looking to get an early lead in the division by picking up a win over the Browns.

The Steelers are obvious favorites over Cleveland, due to the Browns’ inability to post a winning season. However, Pittsburgh is currently contending with its own issues, namely Le’Veon Bell. Bell is one of the greatest runningbacks in the league, but is currently holding out for some money.

#LeVeonBell Go to work, you've been hurt three times and popped for weed Prove to the fans, it's not about the money, but about a superbowl.

Most top sportsbooks on the web feel like the Bell issue will be taken care of soon enough. NFL betting players who share that sentiment should check out InterTops.eu, who is offering some intriguing lines. A bet on Pittsburgh will yield a win if the Steelers can beat Cleveland by 4, something they should have little difficulty doing even without Bell.

The Seahawks and Packers often face each other in the playoffs, so fans know they’re getting treated to a highly competitive match.

Green Bay was plagued by defensive issues all season long in 2016, but Aaron Rodgers managed to piggy back the team to the NFC championship match. The Seahawks had a completely different issue: a stellar defense held back by an unimaginative offense. Ultimately, this pits a great offense against a great offense and a poor defense against a poor offense.

Because of this dichotomy, top sportsbooks have created some interesting odds for this contest. GTBets.eu has the Pack winning by 3, a line worth jumping on indeed.