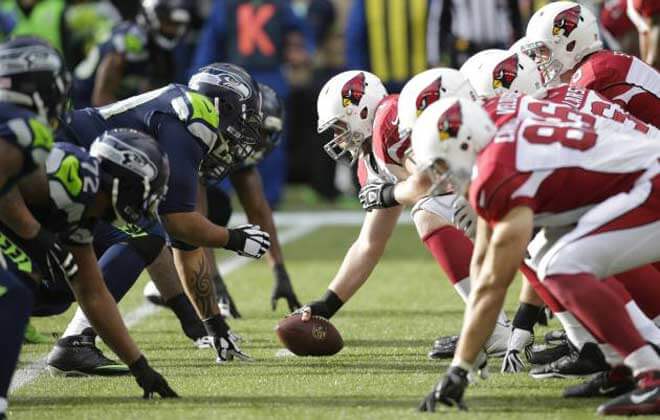 With Monday night’s action in the bag, Week 9 of the 2017 NFL betting season is officially in the books. Now, NFL players turn their attention to Week 10’s Thursday night football matchup, and any sports betting tips they can get for the Seattle Seahawks vs. Arizona Cardinals contest. Both teams aren’t quite having the season they were hoping to have in 2017 and this Thursday night matchup will be, more or less, to determine who gets to knock down the Los Angeles Rams at the top of the division – or at least try. Let’s take a look at the latest sportsbook news between these two NFC West rivals.

The Seattle Seahawks had a slow start to the 2017 season as the franchise, losing 2 out of their first 3 games of the year. Since then, the Hawks have found their strut as they mounted a 4 game win streak. Despite hitting second gear, Seattle still suffered a brief setback this past weekend when they hosted the Washington Redskins in a 14-17 loss. Washington had hit a slump themselves and clearly wanted to get back into the win column. Seattle isn’t a team that suffers many home losses and seeing this one is a bit of a surprise. However, there’s no mystery as to what has been holding back this Seattle team from getting multiple titles these last couple of years, and it isn’t their foreboding defense. These last couple of weeks and looked like the Seahawks’ offense had really gotten things going but this past Sunday’s loss to the Redskins begs to differ. Once again, the Hawks’ defense held their opponent to under-20 but, as is more common than not, the Seahawks offense came up short.

This weekend, Seattle will be trying to outscore a team contending with a backup quarterback but one heck of a running back. The Cardinals brought in Adrian Peterson from the New Orleans Saints to help reignite their offense after a severe injury to David Johnson derailed most of Arizona’s offensive capabilities. So far, in two games with more than 20 carries, Peterson has rushed for 134 yards and 159 yards. The Cardinals ended up winning both those games. The Seahawks rank 15th against the pass. Fans looking for sports betting tips should bank on the Cardinals running game, specifically Peterson, running this team to an upset win this Thursday night.

The Cardinals fly into this contest with a 4-4 that perfectly sums up the kind of season the team has been having. Arizona lost Carson Palmer to a broken arm in the game against the Rams but in the following contest, the Cardinals were able to pick up a 20-10 win over the San Francisco 49ers. Defeating a winless team doesn’t prove much in any football league, especially the NFL. However, if Arizona is able to upset the Seahawks, they might just be able to prove their worth. Peterson is the obvious x-factor but it’s pretty obvious that Peterson’s success is directly related to how many carries he has per game. With that in mind, it’s up to the offensive coordinator to get the ball in Peterson’s hand.

RB @AdrianPeterson's 37 carries yesterday are the most in an @NFL game this season.
https://t.co/BbVK5BRrCO