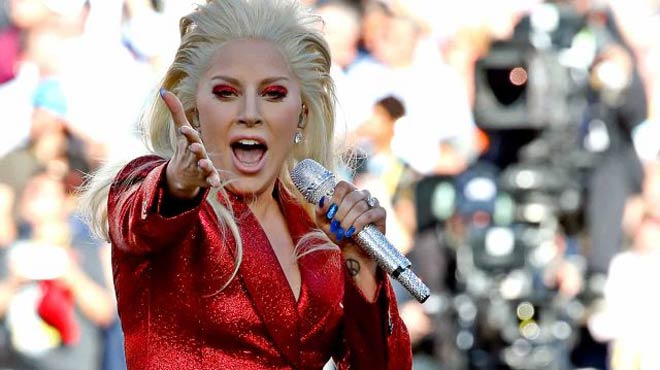 When it comes to betting Super Bowl props at US betting sites there are hundreds of choices, some of which don’t even refer to the game itself. There are props involving other sports like the NBA and PGA and props on the coin toss, national anthem and halftime show. Let’s look at some of the exotic props available at sports gambling sites.

Some of the Super Bowl props on the board for this year’s Super Bowl 51 between the Atlanta Falcons and New England Patriots are definitely different. You can bet on the color of Lady Gaga’s hair color during the halftime show with Blonde/Yellow the odds-on favorite at odds of -170. You can bet on which song she will sing first with “Bad Romance” the favorite at odds of -115. You can even bet on whether or not she will say “Trump” during her halftime show with “Yes” favored at -140.

If you want to bet on commercials you can do that for Super Bowl 51. You can bet on how many commercials Peyton Manning will be in with the total at 1.5 and the under favored at -150.

You can even bet on whether or not Joe Buck or Troy Aikman will mention the odds for Super Bowl 51 with No at -130. If NBC was doing the broadcast the Yes would be a lock as Al Michaels almost always makes a reference to the odds during the game.

Crossover sport props always get a lot of attention in Super Bowl props and there are some good ones for Super Bowl 51. You can bet on which will be lower, Tiger Woods’ first round score at the Omega Dubai Desert Classic or Matt Bosher’s first punt. If you like soccer you can bet a prop on Jozy Altidore goals vs. Jamaica vs. Tom Brady interceptions. Of perhaps you like Lionel Messi of Barcelona. You can bet on his goal total in the game against Athletic Bilbao against the total number of fumbles lost in the Super Bowl.

If it is college hoops you like then you could take Florida State points in their game vs. Clemson against Julian Edelman receiving yards. Or perhaps you like hockey. You could bet the total amount of points for Connor McDavid for the Oilers against Montreal against made field goals by Stephen Gostkowski.

The list of exotic props goes on and on at sports gambling sites like TopBet Sportsbook so there should be a variety of props that appeal to you for Super Bowl Sunday.