Will Gonzaga Let the Online Sportsbook Dogs Out? 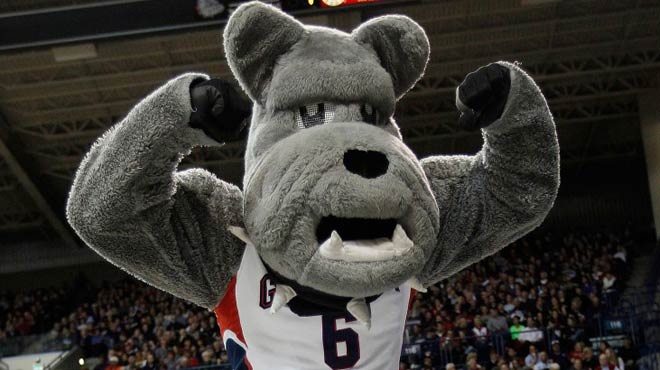 The championship match of this year’s March Madness tournament is almost upon us, which means that soon enough online sportsbook players will have to decide which team will win it all. But before we get there, bettors much choose which two programs will be able to advance past the Final Four stage.

The Final Four round of action will pit the North Carolina Tar Heels against the Oregon Ducks, as well as the Gonzaga Bulldogs against the South Carolina Gamecocks. Suffice to say, Carolina is well represented in this year’s contests. The bookmakers are predicting a heated contest between the Tar Heels and the Ducks, but the opposite can be said about the contest between the Bulldogs and the Gamecocks.

Online sportsbooks have come out heavily in favor of the Bulldogs, as is to be expected. However, the Gamecocks haven’t had a hard time upsetting everything the tournament has thrown at them. But then again, Gonzaga is ubiquitously considered to be the best team in the tournament.

Who Let the Dogs Out?

The Bulldogs came into this year’s season with a healthy dose of confidence after strutting their stuff in the 2015-16 season. And why not? After all the Bulldogs turned in a 28-8 (15-3 WCC) season that included a victory over conference rival St. Mary’s in the WCC Tournament championship game. Nevertheless, a swift dismissal in the Sweet Sixteen round by Syracuse left the Bulldogs hungry for more; something they can accomplish this Saturday.

The Bulldogs fought their way to a near flawless 36-1 (17-1 WCC) record this season that gave way to a first place finish in West Coast Conference standings. Once in the WCC Tournament, the Bulldogs were able to win another championship, making this the 5th straight year the Bulldogs have had bragging rights in the WCC.

In the Opening Round of this year’s tourney, Gonzaga faced off against South Dakota State and beat out Jackrabbits 66-46. In the Second Round, Northwestern was able to cause Bulldogs’ fans some grief. But in the end, Gonzaga pulled away with the victory 79-73. The Sweet Sixteen round brought a sweet victory over West Virginia 58-61, and a dominant 83-59 win over Xavier in the Elite Eight would assure Gonzaga’s ticket to the Final Four.

Why Bet on the Online Sportsbook Favorite?

A bet on the underdog might seem lucrative considering the outstanding odds that the Gamecocks are facing. However, it would be misguided to think that South Carolina can actually shock Gonzaga. In fact, the Bulldogs just proved what they can do to an underdog this past week when they mauled Xavier.