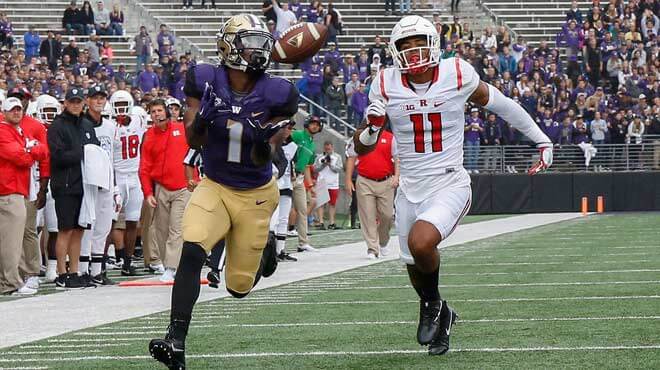 August has almost reached its conclusion. While some people may be upset because this signals the end of summer, others are ecstatic as August’s death also brings with it some new life: US sportsbook action for another thrilling season of college football betting. In fact, most online sportsbook players would be willing to argue that the NCAA football betting season is even more beautiful than the hot, humid summers that the US is known for.

The college football betting season will officially commence this upcoming Saturday. However, if you feel like opening day’s matchups aren’t that enticing, you can also look over the rest of Week 1’s contest to see if there’s any with your name on it. One particular matchup worth looking over is the pairing between the Washington Huskies and the Rutgers Scarlet Knights. Check out the enticing odds GT Bets – one of the best gambling websites on the globe, is offering for this given matchup.

The Huskies had high hopes for the 2016 season and they didn’t disappoint. Washington finished the year with a 12-2 record (8-1 in Pac-12 play) that gave way to a 1st place finish in the North Division. This marked the program’s first division title since the conference expanded back in 2011. The Huskies also earned an invitation to the Pac-12 Championship game, where they handed Colorado a sizable 41-10 loss: their first conference championship since 2000. Washington’s triumphs was enough to earn them a nod to the college football playoffs as the #4 seed. Unfortunately, the Huskies were defeated right away in the Peach Bowl by Alabama. Chris Petersen returns in his 4th season with the program, looking to build on last year’s success.

Rutgers delivered a 2-10 record in 2016. It was a complete catastrophe that rightfully ranked the Scarlet Knights dead last in the East Division. Chris Ash had joined the program during the offseason and in his 1st year at the helm Rutgers underperformed so drastically that the program couldn’t even win a game in the Big Ten. It’s doubtful that they’ll even phase the Huskies in Week 1.

US Sportsbook Picks: It’s doubtful that Rutgers will pose much of a problem to Washington, especially in Week 1. The money line odds are so skewed to one side that picking the Huskies doesn’t offer much value. However, the spread and totals line look much better and it stands to reason that Washington will be an easy pick on both lines.