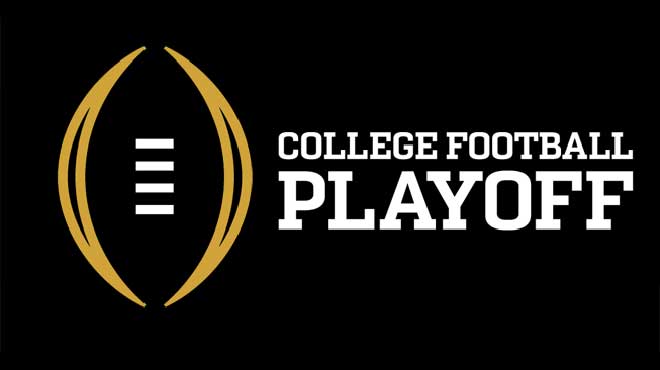 The Alabama Crimson Tide are favored to win the 2016 College Football Championship Game. Alabama is unbeaten and ranked #1 in the country and they are getting a lot of respect from the oddsmakers at online sportsbooks as the Crimson Tide is listed at even money to win the title. Four other teams are listed at single-digit odds with Ohio State at 9-2, Michigan at 5-1, Clemson at 7-1 and Washington at 8-1. Let’s look at the top contenders to win the title and college football odds at the best betting websites.

The Crimson Tide are the best team in the country and it may not even be close. They Tide play in the toughest conference, the SEC; they have an explosive offense and a dominating defense. They also have played a very difficult schedule unlike some of the other top teams like Michigan and Ohio State. The Crimson Tide are scoring about 40 points per game and allowing just 13 points per contest.

The Buckeyes are the second choice in the betting at the best betting websites but Ohio State hasn’t played a tough schedule and if they lose against Michigan they would be out of contention. The Buckeyes are scoring 45 points per game and giving up 14 per contest.

The Tigers probably should have lower odds at us betting sites as they are almost a lock to make the College Football Playoff as they have a very easy remaining schedule. The Tigers have a potent offense led by Deshaun Watson and they have the experience of having played in the big game last season. The Tigers are scoring about 39 points per game and allowing 16 per contest.

The Huskies will make the College Football Playoff if they finish unbeaten but whether they have enough to challenge a team like Alabama is a major question mark although there is no doubting Washington’s quarterback Jake Browning who is a Heisman Trophy candidate. The Huskies are scoring about 48 points per game and allowing 17 per contest.

It would take some upsets for a team not in the top five to make the College Football Playoff but there is at least an outside chance for Louisville or Auburn to get in if at least two of the top five teams lose down the stretch. Auburn might actually have the best chance to make it if they can beat Alabama in their regular season finale while Louisville doesn’t have any more chances to impress voters in their remaining games.