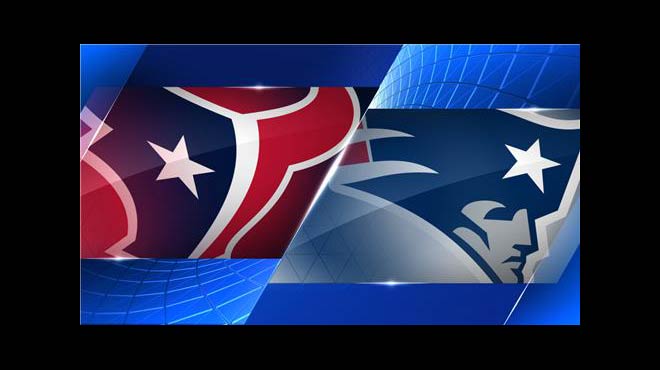 US sportsbook betting players have been waiting for Deshaun Watson to get to the pros. After watching the young quarterback tear up the Alabama Crimson Tide’s defense two national championships in a row, online NFL betting fans couldn’t wait to see what Watson would do in the pros. In his first career start Watson was able to lead the Houston Texans to their first win of the season. From a statistical point of view, Watson hasn’t exactly stunned us with his 68.3 passer rating. However, Watson is at his best when he’s being doubted. It’s safe to say that, there’s going to be a good deal of doubt heading his way this Sunday.

If there’s one team in the NFL that has the reputation that the Alabama Crimson Tide has in the NCAA it’s the New England Patriots. Top sportsbook players have watched Bill Belichick and Tom Brady find unrivaled success in the National Football League by winning 5 Vince Lombardi trophies together. But we’ve all seen what Watson did to the once-thought impenetrable Crimson Tide defense. Can he do the same against a team as titanic as New England?

There’s no question that Watson has the talent to get the job done, but in order to do so the rookie is going to have to find a way to lead the league’s 29th best scoring offense against Tom Brady’s troupe, which ranks as the 5th best scoring offense in the NFL. Luckily enough for Watson, he’ll be competing against the defense that gives up more points than just 3 other teams in the league.

On top of the Patriots’ poor defense, the Texans also have one more thing going for them: JJ Watts and Houston’s own defensive unit. The Texans come into this game with the NFL’s 13th best scoring defense (points allowed), 6th best total defense, and 6th best pass defense. But there is one kink in Houston’s impressive armor and unfortunately for the Lone Star team, it just happens to be one of New England’s greatest strengths. With an average of 118.5 rushing yards conceded per game, the Texans rank 22nd against the run. Considering that New England bolsters the 10th best running game, the Texans will need to jump to an early lead in this contest to convince the Pats not to run the ball this Sunday.

The Pats come into this game as massive online sportsbook betting favorites. But should they be? This is the team that gave up 42 points to Alex Smith, granted Smith had the help of Tyreek Hill and Kareem Hunt – two of the biggest fantasy points leaders this season. But New England also conceded 20 points to New England. It just seems like bookmakers are favoring the Pats too heavily with a 14-point spread prediction.

Best US Sportsbook Bets to Make: There’s a lot of value on a Houston upset, but this game is in Foxborough – somewhere Tom Brady doesn’t lose often. Also, Belichick is undefeated against rookie quarterbacks since he’s had Brady under center. However, definitely take the Texans on the spread line.