Sweden vs. Switzerland Betting World Cup Round of 16 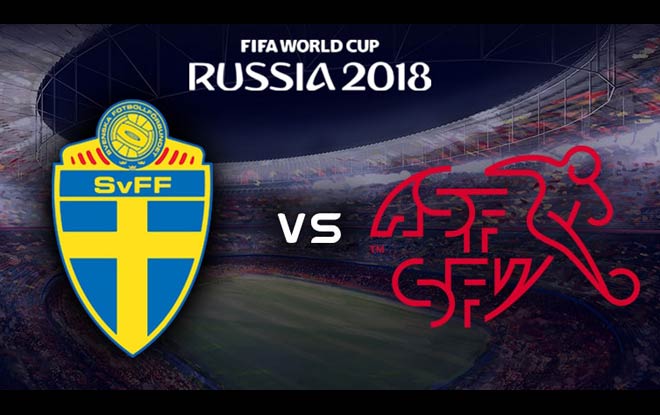 Is Sweden, according to the best offshore gambling sites, favorite to defeat Switzerland? In the round of 16 of the World Cup? To quote the Neutral President, “All I know is my gut says, maybe.” Like Zapp Brannigan before them (or after them?), the Swedes will wage war on neutrality. Sweden showed hints and flashes of potential during the group stage. They held off South Korea 1-0. And they were barely defeated 1-2 by Germany (who had some assistance from the officials). However, everything came together against Mexico, whom the Swedish soundly beat 3-0. Sweden finished first in group F with as many points as the Mexicans but better goal difference.

Meanwhile Switzerland lived up to their neutral reputation. They had draws against the best and worst teams of their group, Brazil and Costa Rica respectively. They also bested Serbia 2-1. These results were good for a second place of Group E. They must have been elated. Actually, they had no strong feelings one way or the other.

We know that the Swedish can take it as well as dish it out. They were for all intents and purposes robbed against Germany. But they didn’t let such blatant favoritism get them down. By the way, that’s the bad kind of favoritism. Unlike the good kind that we at the best offshore gambling sites. But back to the business at hand. Sweden entered the final game of the group stage with the proverbial chip on the shoulder. And unfortunately for Mexico, the Swedes took out their frustration on the Aztecs.

“We have handled the things that have happened — I’m so incredibly proud, moved almost, by the thought of how we performed in the match,” Sweden’s manager Janne Anderson said following the game. “They were so disciplined, so loyal in everything they did.” At about the same time, Germany was getting ready to begin the Todesmärsche back home. But Anderson didn’t feel the least bit of Schadenfreude. “Not in a million years. I don’t work that way,” he said. “You play a game, you shake hands afterwards and you wish everyone well for the next game.” This turn of events was to say the least shocking, even to the Swedes. “First in the group? Not many who would have thought that,” Sweden captain Andreas Granqvist said. “It’s unreal. What a performance. We were very disappointed after Germany, but what a performance we did.”

Now there is only one thing left for the Swedish to figure out. What makes a man turn neutral?

The Swiss seem like one of those squads that reach the second round only so there’s an even number of teams. All jokes about their neutrality aside, this is an example of mediocrity being rewarded. One of their few bright spots is goalie Yann Sommer. ESPN says Sommer is a rock the Swiss can build on. And ESPN is, for a change, correct. Switzerland’s best hope is that Sommer and his defense can withstand the Swedish battle axe. Another draw would see them safely to the shoot-outs. And there anything can happen. Sommer will hope to survive the barrage. But if he doesn’t, tell his wife he said, “hello.”

Odds taken from Intertops sportsbook, one of the best offshore gambling sites.

Prediction: If Costa Rica is the “Central American Switzerland,” then Switzerland is the “European Costa Rica.” And as such, they’ll be soon singing, like Groucho Marx, “Hello, I Must Be Going.”