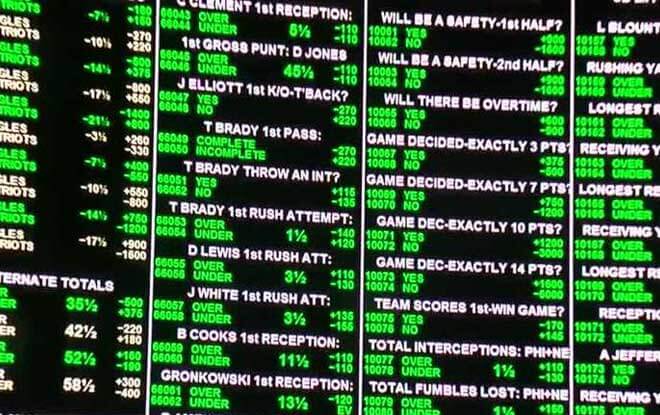 From the outset with the first Super Bowl in January of 1967, US sportsbooks have been thrilled with the event and its ability to draw enormous amounts of volume and wagering action. Along the way through the years there have been some stunning upsets and incredible lines that seemed at first glance to be way off. But Super Bowl lines, like all betting lines, come down to public perception. And public perception has been the absolute main component of Super Bowl odds since Day One.

The first four Super Bowls were the purest in that they were comprised of champions from different rival leagues. The National Football League (now NFC) was the established brand and power with US sportsbooks. The upstart American Football League (now AFC) was in just its seventh season when the leagues merged due to escalating costs. With that 1966 merger the Super Bowl was born. The public perception of NFL Superiority was clear in the first four Super Bowls in which the AFL was derided as a “Mickey Mouse League.” The NFL champion Green Bay Packers were 14 point chalks in Super Bowl I against the Kansas City Chiefs in a 35-10 win. The Pack roared back with a 33-14 win in Super Bowl II as 13.5 point favorites against the Oakland Raiders. The two blowout Super Bowl wins by the NFL made the line increase to 18 points when the NFL Baltimore Colts were favored against the New York Jets. Jets quarterback Joe Namath laughed and guaranteed an upset victory while lounging poolside. Broadway Joe delivered as the Jets beat the Colts 16-7 in the most stunning upset of all time. The Jets win was considered a fluke however, as evidenced by the NFL Minnesota Vikings being installed as a 12 point chalk against the Kansas City Chiefs. The Chiefs manhandled the Vikings 23-7 and evened the all-time series at two wins each. Everyone agreed that the Chiefs were the best and that the AFL had reached parity heading into the 1970 merger of AFC and NFC conferences.

Last year Intertops Sportsbook gamblers saw a stunning comeback with the New England Patriots rallying from a 28-3 deficit to defeat the Atlanta Falcons 34-28. For those betting half time lines on the Patriots it was a truly sweet payout. For the poor souls counting their money early with tickets on the three point dog Falcons, it was an excruciatingly bitter defeat.

It is important to note the recent trend in Super Bowl underdog success at US sportsbooks as well as the games trending over the total. The betting public will flow a lot of money towards the proven commodity New England. The Eagles will bring extra value as a result.