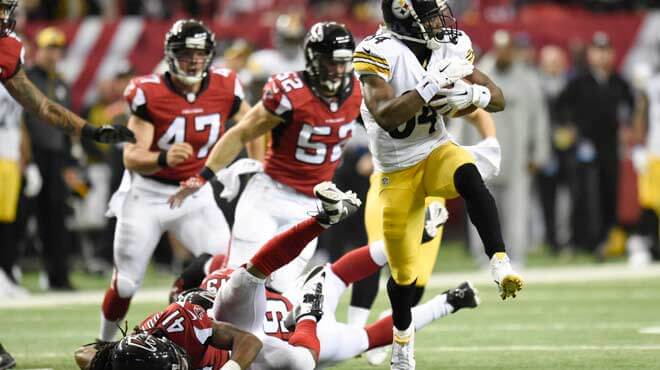 The online sportsbook betting community is set to take this upcoming NFL betting season by storm. Naturally, there’s no better way to prepare for 2017’s enticing action by getting warmed up with some preseason NFL betting. The preseason allows teams around the league to develop their talent without taking any major risks. However, NFL betting fans can still risk the same stakes, ergo getting same thrill out of preseason wagering as they would in the regular season.

Thursday’s NFL preseason action featured three teams going head to head. The most notable results of the night came from the Baltimore Ravens, who steamrolled the Miami Dolphins 31-7. Additionally, the Philadelphia Eagles dealt the Buffalo Bills a tight 20-16 loss.

US sportsbooks will continue to offer betting lines on the league’s preseason action through the weekend, with a flurry of contests on both Sunday and Saturday. Saturday will offer the most diverse action, with a total of 9 different contests for bettors to wage on. However, Sunday’s contest between the reigning NFC champions and the Pittsburgh Steelers might be the most interesting contest of the weekend. Let’s take a look at what top sportsbook sites are predicting for this Sunday’s mash-up.

The above listed odds come from TopBet.eu, one of the newer top sportsbook sites that is redefining what it means to be a leader in the industry. TopBet.eu is a “top-class, reputable, online sportsbook” that is absolutely overflowing with “bonuses and promotions to make your betting experience worth it and hassle free.” No doubt TopBet.eu is one of the best options to maximize your NFL wagering experience this weekend.

The Falcons are eager to begin the 2017 season and begin their campaign to redeem the franchise after blowing their now infamous lead. Atlanta finished the 2016 season with a 11-5 record that culminated in heart break. Nonetheless, Falcons’ fans know they have plenty to look forward to in Dan Quinn’s third year at the helm.

The Steelers also went 11-5 in 2016 and were able to qualify for the playoffs for the third year in a row. Tomlin reprises his role as Pittsburgh’s head coach for the 11th year straight. However, the Steelers’ fanbase is starting to have mixed feelings about the Super Bowl winning coach, with some feeling like his time has passed. Most sportsbook betting sites don’t share that sentiment considering that they have Pittsburgh listed as favorites to win the division.

The Falcons lost their preseason opener against the Dolphins 23-20. On the other hand, the Steelers defeated the Giants 20-12, so it stands to reason that Pittsburgh should have little difficulty usurping Atlanta this weekend. Likewise, there’s some good value on the spread if you feel like the Black and Gold can come out on top. However, that totals line seems a bit high so if you’re uncertain about who will win the game you can always take that line.

What's the most important thing about the preseason?