Sites for betting got Wood for the BMW PGA Championship 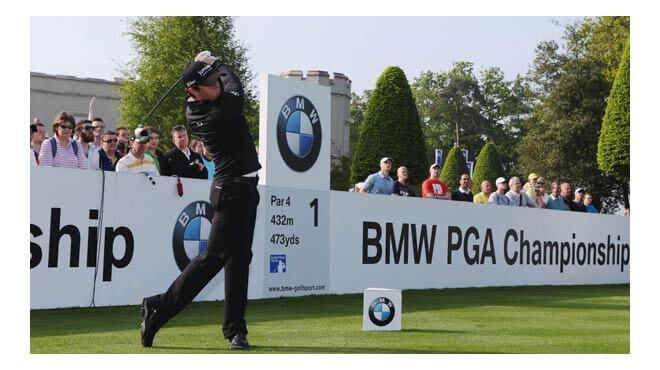 Sites for betting have not forgotten about the often neglected BMW PGA Championship. The 2017 edition of the tournament is scheduled to be held 25th-28th May at the West Course of Wentworth Club in Virginia Water, Surrey, England. This competition has only been won by an American once, in 1975, and it doesn’t appear as if this trend will be broken this time around. Great Britain has dominated the tourney since the letters ‘PGA’ returned to its name in 2007, and as recently as last year when Bristolian Chris Wood defeated Rikard Karlberg by one stroke.

The 2016 BMW PGA champion is the Rodney Dangerfield of Wentworth – he don’t get no respect! At least according to Golf Week. Wood takes umbrage at the fact that tennis receives much more coverage from the British press than golf, even though there are only four British tennis players ranked in the top 100. “There are sort of 10 of us now in my age group that have come through amateur golf together and come on to the European Tour and broken into the top 50 in the world, some of us playing Ryder Cup,” Wood said. “If it was tennis, it would be global news and golf really deserves a lot more credit.”

Wood added that even World No. 2 Rory McIlroy doesn’t get the respect he deserves. Unfortunately, the 2014 BMW PGA championship – who would have definitely been a favourite of sites for betting – withdrew from this year’s tournament as result of a rib injury. Wee Mac returned to competition at the Players Championship after taking some time off for his marriage. At TPC Sawgrass, he aggravated the injury due to which he had missed five weeks of competition earlier in the year. “Having had a reaction to my earlier rib injury, I have been advised to take a conservative approach to my recovery which unfortunately means I have to withdraw from the BMW PGA Championship next week,” McIlroy said on the European Tour’s website. Past champions that are expected on the field include David Howell (2006), Luke Donald (2011 and 2012), Matteo Manassero (2013), and An Byeong-hun (2016). However, the faves to win it this year include English Justin Rose – who has been a runner up twice – and Swedish Henrik Stenson.

Back to Wood, he does raise a good point. However, there are more pressing issues demanding the attention of sites for betting – such as Tommy Fleetwood’s pants. “I’ve tried the bandana/headband look, and now I’m ¬liking wearing some tapered trousers, too” the Southport native told the Mirror Online. “Golf is moving into the future with new ¬formats and new rules, so why not in fashion, too?” Fleetwood’s new gear provided by TRENDYGOLF required a special sign off from the tour chief executive Keith Pelley. Fleetwood beat none other than Dustin Johnson – who will most definitely not be present at Wentworth – at the Abu Dhabi HSBC Golf Championship in January, and finished second in the WGC Mexico Championship and the Shenzhen International.