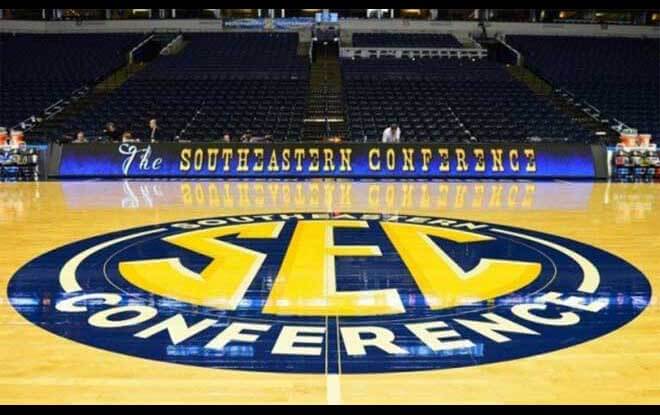 Basketball has long been an afterthought in the Southeastern Conference. In fact, football recruiting and signing day draws far more attention down south. However, this season has shown something of a turnaround for SEC hoops. Over the past few years a much stronger lineup of coaches has emerged. And with that the recruitment of better players has followed. All of a sudden SEC basketball has gained best online sportsbook USA attention. With the SEC Tournament this week betting action will reach a peak. Parity is paramount in 2018 and there are several realistic choices to win the title.

A blockbuster week of SEC hoops opens on Wednesday in St. Louis. The bottom four teams will play a doubleheader. From there both Thursday and Friday will feature four game cards. Semifinal doubleheader action is set for Saturday. ESPN will televise the championship game Sunday afternoon.

Significantly improved coaching is a major reason for the SEC’s new swag at best online sportsbook USA. Bruce Pearl of Auburn immediately comes to mind as the top example. No school in America cared less about basketball than Auburn before his arrival. Yet now Auburn has a passionate following and a SEC co-championship. Impossible is the only word that can describe what Pearl has pulled off on the Plains. The other regular season co-champion was also well-coached. Rick Barnes arrival at Tennessee has gotten the Vols back on track as a top March Madness contender.

Former Tennessee coach Cuonzo Martin has proven to be a great fit at Missouri. Mizzou closed strong and finished 10-8 in the conference. Best of all the Tigers earned MyBookie sportsbook respect by overcoming key injuries. Arkansas is an offensive juggernaut led by former Mizzou coach Mike Anderson. Because of his full court attack style, the Razorbacks are an entertaining watch. Ironically enough the most successful coach at the most iconic brand struggled. John Calipari and Kentucky slumped most of the season but did close strong. U of K must adjust to a deeper and more competitive SEC.

Betting wise Auburn made bank at 19-10 vs. the line this season. Also profitable was Tennessee with 17 payouts in 28 games. Red ink drowned out Vanderbilt and Ole Miss. Vandy covered just eight of 28 games. For Ole Miss it was 20 losses vs. the odds in 30 games. Finishing strong was Arkansas with six payouts in their final eight games. Kentucky got the money in four of their last five. Tennessee brought home the bacon in six of their last ten.

Gone are the days of the SEC being Kentucky and everyone else. Yet U of K may bring the best online sportsbook USA value. Normally an overlay, the Wildcats will now offer cheaper prices. Most of all no team in the SEC Tournament has more talent than the Wildcats.

Contrarian betting is always worth a look. As the beaten favorite this is the one year Kentucky could offer enhanced value. In conclusion the talented Wildcats have the ability to take this tourney!