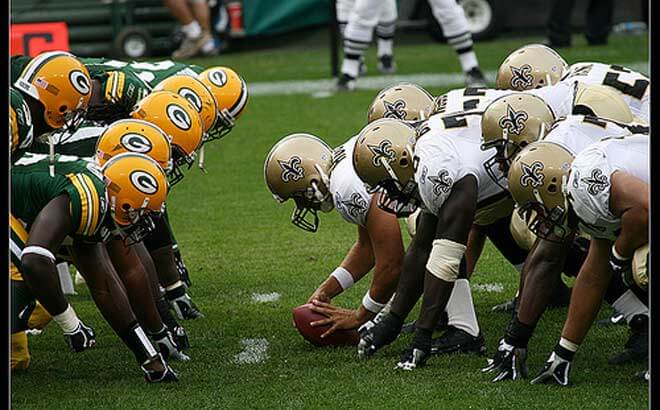 Week 12 of the 2017 online NFL betting season is here which means that it’s time to look over the best betting matchups of this weekend’s action. One particular pairing worth mulching over is this Sunday’s pairing between the Green Bay Packers and the Pittsburgh Steelers. Considering the lack of success the Packers have had as of late, sports gambling betting players can expect the Black & Gold to enter this matchup as a heavy wagering favorite straight up. Let’s take a look at just how steep of odds the Rodgers-less Packers will be facing this Sunday.

The Packers march into this Week 12 pairing flashing a 5-5 record that ranks Green Bay 3rd in the NFC North behind the 9-2 Minnesota Vikings as well as the 6-5 Detroit Lions. The Pack opened this year’s sports gambling betting season as the biggest sportsbook favorites in the North and the franchise was on route to winning the division in 2017. But since Rodgers went down with injury, the Packers haven’t been able to play any competitive football. Considering just who they’ll be facing this Sunday, there isn’t a bettor in the world that will be backing the Brett Hundley led Packers.

The biggest setback the Packers are currently suffering is their offense. Before, Rodgers was able to lead this team to a comeback win no matter who they were facing. But without arguably the best quarterback the league has ever seen, the Packers are ridiculously mediocre. Simply put, Green Bay isn’t able to put together a running game and Hundley is a pretty weak backup. Right now the 2-year player is sitting on 2 touchdowns, 7 interceptions and a 63.3 passer rating on the season. Players looking to cash in on the best sportsbook bonus on this weekend’s action should decisively avoid backing Green Bay.

The Steelers enter this Sunday’s pairing with an eye-raising 8-2 record that ranks Pittsburgh 1st in the AFC North. The Steelers have been practically unchallenged in the division this season as their nearest threat is the 5-5 Baltimore Ravens. Nonetheless, despite having an easy division, Pittsburgh has emerged as a frontrunner in the AFC and has beaten the top teams in the conference to prove their merit. The Steelers managed to beat the Chiefs when Kansas City was still red hot and this past Sunday’s 40-17 triumph over the Tennessee Titans lets NFL bettors know just where they rank in the AFC.

The Steelers are one of the most talented teams on both sides of the ball. On offense, Pittsburgh’s explosiveness is heralded by Ben Roethlisberger at quarterback, Le’Veon Bell at running back and Antonio Brown running down the seam. Brown has been getting plenty of help from Ju Ju Smith Schuster, who is emerging as one of the best, young receivers in the league. Defensively, the Black & Gold 4th in total defense, 3rd against the pass, 8th against the run and 2nd in terms of points allowed per game. With those kind of numbers, there is no way that the Packers could manage to pull off the upset this Sunday and the NFL betting lines accurately reflect that.