Online Sportsbooks Give Wisconsin A Chance Against Florida 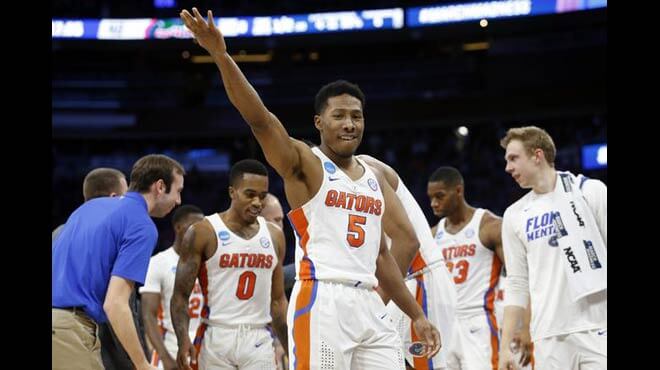 The March Madness betting tournament has officially hit the Sweet Sixteen round. It’s been a hell of a ride so far and to say that this year’s NCAA Tournament has been chock full of surprises would be a vast understatement. We’ve seen so many upsets already this year that the best online sportsbooks are expecting predictable turnouts from here on out. However, that might not be the case.

One matchup that bettors will place under upset alert is the contest between Wisconsin and Florida. Florida has inarguably been one of the most dominant teams in this year’s tournament, and they’ll be looking to continue that impressive streak against Wisconsin Friday night. However, the Badgers have faced some of the toughest programs the NCAA has had to offer and it’s safe to say that Wisconsin hasn’t missed a beat. This pairing is a classic case of an unstoppable force meeting an immovable object. Let’s see what the best online sportsbook odds have to say about this matchup.

As was to be expected, the odds have come out in favor of Florida. However, they aren’t exactly pegged as the heavy favorite, which just goes to show the best online sportsbook players that a Wisconsin upset is far from inconceivable.

The Badgers have clawed their way to a 27-9 record this season that includes a 12-6 record in Big Ten play. Overall, Wisconsin finished second in the regular season conference standings. The Badgers displayed their dominance in the Big Ten by making it all the way to the championship match in the Big Ten Tournament. However, in that title match, Michigan ended up beating Wisconsin 56-71.

Nevertheless, the Badgers came into the NCAA Tournament with something to prove and they certainly have done so. Wisconsin overcame Virginia Tech in the tournament’s opening round and was able to overcome the Hokies 84-74. The next team they faced would be much tougher to beat, but Wisconsin didn’t bat an eye as they delivered a crushing 65-62 upset to Villanova in dramatic fashion.

To help keep the upsets flowing, the Badgers will turn to leading point-scorer Bronson Koenig. Koenig is currently putting up 14.5 points, 2.1 rebounds, and 2.0 assists per game for Wisconsin.

The Gators delivered yet another impressive season as they’re currently sitting on a 26-8 record (14-4 SEC). Florida was able to finish 2nd in the conference and once in the SEC Tournament, the Gators made it to the quarterfinal round where Vanderbilt sent them home 62-72.

Unlike Wisconsin, who has faced fierce competition every step of the way, Florida has been sailing on smooth waters so far in this year’s tourney. They faced East Tennessee State in the first round and whooped the Buccaneers 80-65. Likewise, they handed an equally devastating defeat to Virginia in the second round, 65-39.

Florida is hoping to lay waste to another opponent and will turn to KeVaughn Allen to lead them there. Allen is leading the program in points with his average of 13.4 points, 2.5 rebounds, and 1.5 assists per matchup.