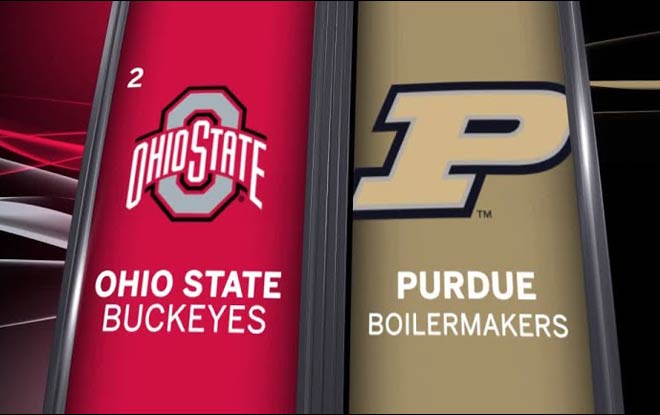 The Ohio State Buckeyes are 12-point road faves against the Purdue Boilermakers, say US betting sites. This season, the Buckeyes are what the best online sportsbooks intelligentsia like to call fade material. OSU is 3-4 ATS this year, as they haven’t seen a spread they couldn’t fail to cover. From 3.5 points against Penn State to 30 points versus Minnesota, the Buckeyes never fall short of falling short. As a result, they are currently on a three-game ATS losing streak. Of course, they don’t care as long as they keep winning straight-up. But will somebody please think of the bettors? To be fair, though, OSU has a hard time keeping points off the board with an injury-ridden defense. Defensive end Nick ‘I’m Joey’s little bro’ Bosa. Defensive end Jonathon Cooper. Linebacker Malik Harrison. Cornerback Damon ‘Will’ Arnette. Defensive lineman Robert Landers. Just to name a few casualties.

Starting QB Dwayne ‘The Rock Johnson’ Haskins 28 TD passes and only four interceptions. He’s completing 72.3% of his attempts and averaging 9.6 yards per play. Not just opposing teams but also teammates suffer as a result of his success. Running backs Mike Weber and JK Dobbins were expected to hit 1000 yards each this season. As it turns out, they’ll be lucky to reach that number between the two.

The Boilermakers held Illinois to 69 yards on the ground last weekend. However, a good run defense is pretty much a moot point against OSU. On the other hand, Purdue allows almost 270 passing yards per game. And that’s tantamount to a death sentence when facing Haskins. Purdue’s own QB David Blough has thrown three TD passes in three of his last four games. He could have another big day against Ohio State’s undermanned defense. Maybe not big enough for the upset, but sufficient to cover the sportsbook sites spread.