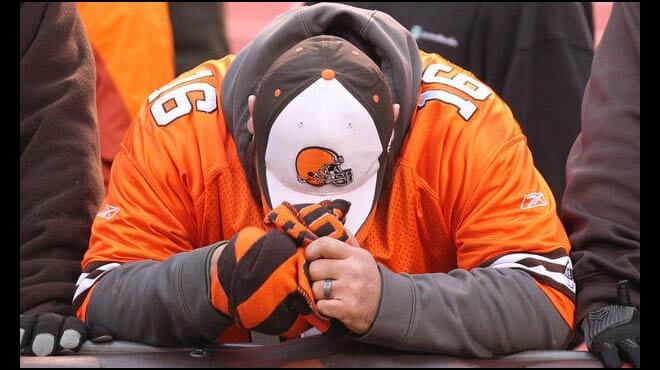 When Aaron Rodgers went down with a broken collarbone a few weeks back, the best sportsbooks online all agreed that the Green Bay Packers’ 2017 season was all but over. But now, with # 12’s return in sight, sports betting sites are starting to retract that sentiment. In fact, most NFL sportsbooks now feel that Green Bay has a very legitimate chance of cracking the playoff cut. At 6-6, the Packers are but a few wins away from ranking 6th or even 5th in the NFC. Facing the Cleveland Browns this weekend, the NFL’s most notorious franchise, the Pack has a great chance of rising above .500 once more. Let’s take a look at what kind of action NFL odds-makers are putting together for this Week 14 matchup.

The Browns make their way into this Sunday’s pairing sporting a 0-12 record that ranks them dead last in both the AFC North as well as the entire NFL. Cleveland went undefeated in the preseason, leading some sportsbook US players to anticipate that the Browns would be able to find some sort of success in 2017. With a little over a month to go in the season, it’s clear that success was the opposite of what the Browns found this year. Cleveland could vie to win a game this year in order to avoid going 0-16 once again, but all things considered the Browns might be better off to aim for that No. 1 overall draft pick.

The best sportsbook online are giving the Browns a fighting chance this Sunday as Cleveland is facing a 3 ½ point spread line. The Browns are coming off a 19-10 loss to the Chargers, so Cleveland is no stranger to being competitive in a game.

The Packers slide into this Week 14 contest sporting a 6-6 record that ranks them 3rd in the NFC North. Technically, Green Bay is tied for 2nd in the division with the Detroit Lions, but Detroit pulled off a 30-17 win over the Aaron Rodgers-less Packers earlier this season. Things have looked bleak for the Pack the last month or so, but with Rodgers return in sight; a playoff atmosphere has started to brew over the historic Lambeau Field.

The Packers are favored over the Browns this Sunday. Green Bay will have Brett Hundley under center once more, but with the Pack’s 26-20 triumph over the Tampa Bay Buccaneers still fresh in the mind of fans, the best sportsbooks online are expecting the Packers to pull off the win this Sunday. That would place Green Bay at 7-6 and in an extremely favorable place to crack the Wild Card cut. Green Bay is set to face the Panther next weekend, but with Rodgers back in the lineup there’s no question that the Pack has a great chance of pulling that upset off – considering the size of the chip on No. 12’s shoulder. After the Panthers, the Pack has to face the Vikings and the Lions. This leaves the door open for Rodgers to come in and make an epic return, lead his team to the playoffs and cement himself on the Rushmore of NFL quarterbacks.