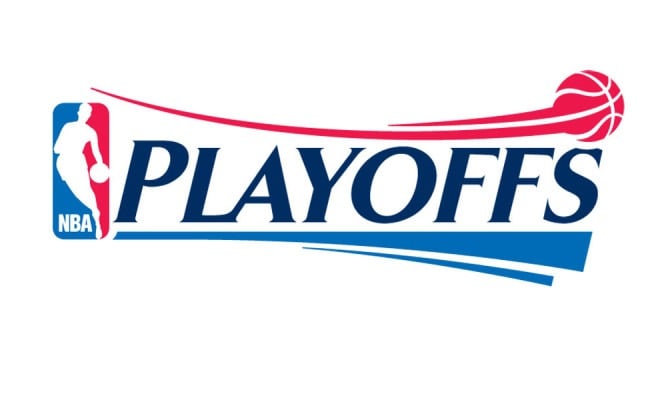 The Warrior’s victory against the Spurs on Thursday April 7th confirmed their spot on the top of the Western Conference, thus the scenario for US Sportsbooks and who the favorites will be in the NBA playoffs. However, as fantastic as Golden State’s season has been, nothing is written in stone yet. They Playoffs are around the corner and with it some very interesting matchups will happen. While the world awaits coronation for the Warriors, the path to glory for them is not as easy as everybody expects.

In the West, for very obvious reasons, the Golden State Warriors are the favorites to win the conference and the NBA championship by the best sportsbooks on the web. Their first round match up has not yet been decided but most likely it will be against the Utah Jazz. The Warriors will move on with a great possibility of sweeping the series. Elsewhere in the west, The Spurs will dispose of the Mavericks with ease, while the Trailblazers will stun the OKC Thunder, in the only true upset of the conference. The Clippers and Grizzlies will go to the max on their series with Los Angeles edging it out on game 7.

US Sportsbooks have the Cleveland Cavaliers as the favorites in the Eastern conference, their first round matchup in the playoffs is still pending to be determined as the race for the final spot is still not yet decided. However, as things would look it seems the Pistons will be their likely rivals. The Cavs will have no problem getting to the second round, nearly sweeping Detroit. Toronto and Indiana will present a decent matchup but the Raptors will confirm they are a great basketball club and move on through. Boston and Atlanta will also make it to the second round as they will dispose of Miami and Charlotte respectively, of the two the Celtics will have to beat the series in no less than 6 games. There will be no shocks or upsets in the first round.

The second round match ups in the playoffs for the will have Cleveland vs. Boston and Atlanta vs. Toronto. These two series will be exciting as in both series wins will be traded back and forth. LeBron James and co. will stand tall in the end and reach the Eastern Conference final once again after taking Boston to 6 games to beat them, while the Raptors, who will be the favorites in US sportsbooks in this series, will force a game seven, and beat the Hawks to meet the Cavaliers in the final.

In the West the Warriors will find some good opposition in the Clippers, but after five games the Warriors will stand tall and validate why all the online sports betting reviews have them as the overall favorites. Portland will put on a tough fight against the Spurs, perhaps even winning two games in Oregon. However, San Antonio will rely on their home court advantage to get the job done. After that all fans and US Sportsbooks will have our wish of having what will be a playoff series for the ages when the Warriors face the Spurs in the Western Conference Finals.