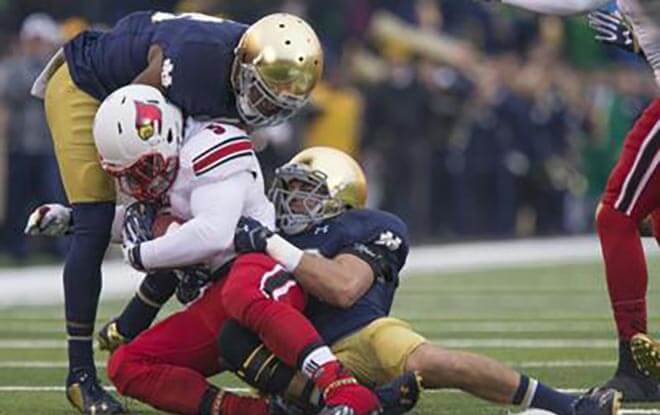 Top USA sportsbooks online favor the Mississippi State Bulldogs by 4.5 points over the Louisville Cardinals, as the spread goes for the 2019 Music City Bowl on December 30, with kickoff scheduled for 4:00 p.m. EST, at Nissan Stadium in Nashville, Tennessee.

The Bulldogs enter the bowl with a 6-6 record (3-5 in SEC play), 5-7 ATS according to the best online sportsbooks. This will be Mississippi State’s second Music City Bowl. The 2011 team won the 2011 edition over Wake Forest, 23-17. This bowl will continue the streak of bowl eligibility for the Bulldogs. It will be their ten straight bowl appearance since the 2010 season. This will be Mississippi State’s 23rd overall bowl appearance.

The Bulldogs are, per the top USA sportsbooks online, 10-4 ATS in their last 14 non-conference games. 2-5 ATS in their last seven games on grass. And 1-4 ATS in their last five games after an ATS win.
“Mississippi State coach Joe Moorhead announced Thursday that senior quarterback Tommy Stevens will start Monday against Louisville in the Franklin American Mortgage Music City Bowl at Nissan Stadium (3 p.m, ESPN).

Moorhead said last Friday that freshman Garrett Shrader would start. Shrader started in the last regular-season game against Ole Miss and led the Bulldogs to a 21-20 win, which made them bowl eligible. The reason for the change, Moorhead said, was due to an injury Shrader sustained in a recent practice,” reports The Tennessean.

The Cardinals enter the bowl with a 7-5 record (5-3 in ACC). That includes an upset win against No. 19 Wake Forest by three points on October 12, 2019. The Cards are also 7-5 ATS, according to top USA sportsbooks online. This will be Louisville’s second Music City Bowl.

The 2015 team won that year’s edition over Texas A&M, 27-21. This bowl will be the first bowl game for the Cardinals since 2017. Additionally, it will be the 23rd bowl game overall in the program.

“When the Cardinals take the field for the Music City Bowl, they will be without standout left tackle Mekhi Becton. Becton named the most outstanding blocker in the ACC, has decided to forego his senior year and enter the NFL Draft. He chose to skip Monday’s bowl game as well. Sophomore tackle Adonis Boone will replace Becton in the starting lineup, as he did when Becton was injured against Miami and NC State,” reports the Courier-Journal.

The change in starting QBs should not change the Bulldogs’ outlook. Mississippi State’s offense is run-based. They rush for 226.9 yards per game, which ranks them 18th in the country. That’s bad news for Louisville’s 115th-ranking run defense, which allows 210.8 yards per game. The schools have met five times before. Mississippi State leads the series 3-2 edge in the Louisville’s two wins came via forfeit. The Bulldogs were forced to forfeit all their wins in 1975 and 1976 for fielding a player who was later ruled ineligible. The programs last met in the 2017 TaxSlayer Bowl, won by the Bulldogs, 31-27. Take Mississippi State and the points.