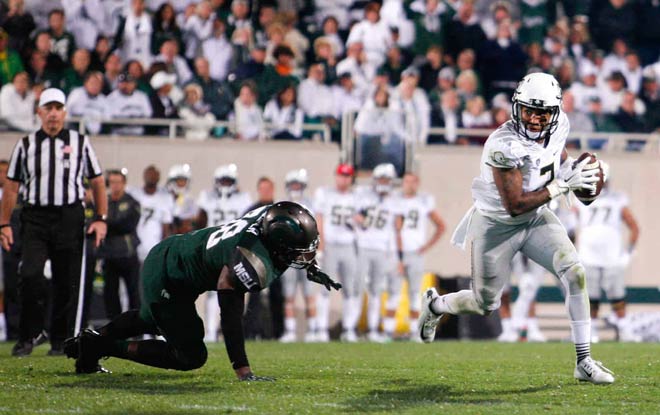 The best sportsbooks for US players favor the Michigan State Spartans by 4 points over the Wake Forest Demon Deacons, as the spread goes for the 2019 Pinstripe Bowl on December 27, with kickoff scheduled for 3:20 p.m. EST, at Yankee Stadium in The Bronx, New York.

MSU is, per the best sportsbooks for US players, 7-2-1 ATS in their last 10 neutral site games. 5-2 ATS in their last seven bowl games. And 5-2-1 ATS in their last eight games in December.
“Part of bowl preparation and even the game is about looking to the future. Michigan State will have plenty of holes to fill next season – primarily on the defensive side of the ball – and young players get far more opportunity in bowl practice to prove they’re ready for a larger role,” reports The Detroit News.

Carlos ‘The Bashman’ Basham has 10 sacks, linebacker Ryan Smenda has 72 tackles, and defensive back Amari Henderson has four interceptions. WFU allows 409.8 total yards per game (80th), including 247.2 through the air (97th). Wake Forest allows 29.3 points per game (78th) but conceded 154 combined points in the last four games of the season.

“We’re playing up-tempo offenses all the time, so we understand how to play against [Wake Forest’s],” Michigan State coach Mark Dantonio said. “But you just don’t know until you play them how fast they’re coming. I’ve heard that they’re as fast as anybody in the country so we’re practicing (snaps) every 12 seconds, 10 seconds, that type of thing. The ability to focus in that amount of time, focus and bend your knees, is I think paramount to your success in these things.”

MSU had a tough stretch toward the end of the season. But managed to right the ship in time to win the two games they needed to be eligible for a bowl game. WFU became too unreliable during the second half of the season. Take the Spartans and the points.