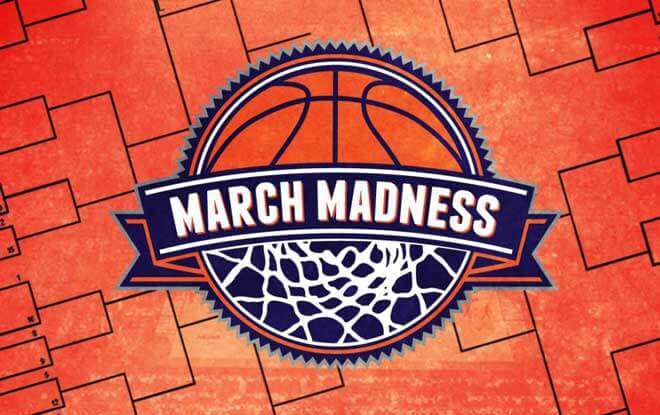 The Michigan State Spartans are 18.5-point favorites to beat the Bradley Braves, according to US betting sites. MSU posted a season record of 28 wins and six losses (16-4 in Big Ten play). In addition to that, the Spartans went 24-10 ATS, per the best online sportsbooks. Michigan State upset Michigan 65-60 as 1.5-point dogs in the Big Ten championship game. Bradley’s record this season was 20-14 (9-9 in Missouri Valley Conference play). The Braves also finished 17-17 against the spread. Bradley defeated Northern Iowa 57-54 in the MVC championship game as two-point faves. The Spartans have learned the hard way not to underestimate a supposed lesser school. “That’s why we’re taking it one game at a time, because we’ve been on both sides of it,” senior Kenny Goins said. “Some people overlooked us, we overlooked other people. But right now, we’re worried about Thursday, then after that move on.”

The memory of Middle Tennessee still lingers among the Spartans. Which is good, because he who forgets history is condemned to repeat it. “We’re much more connected probably than even that team [MTSU],” MSU assistant coach Dane Fife said. “We still had a freshman who wasn’t exactly used to playing much defense, a couple freshmen. We had bigs that really couldn’t guard guards. Or we had bigs that weren’t used to switching. “I think what Michigan did for us, playing Michigan three times, it allowed us to see the value in switching (defensively) and give us confidence that we can have Xavier Tillman on a point guard for a time. Or we can have Kenny Goins or Aaron Henry on a big.”

Controversy creates distraction. And while not as bad as LSU, Bradley experienced a bit of a scandal lately. The public relations snafu left head coach Brian Wardle “contrite.” Whether his contriteness will affect the players has yet to be seen. It had better not, though, as any lapse in focus can cost a team dearly.

Pick: Bradley’s defense is as good as advertised. The Braves allow just 65 points per game and are staunch defenders against the field goal. One could understandably talk oneself into the notion that said defense can cover such a large spread. But first let’s look at some recent US betting sites trends. MSU is 3-0 SU and ATS in their last three games versus Michigan. And Michigan’s is the No. 2 defense in the country. All things considered, good D may mean squat against the Spartans.