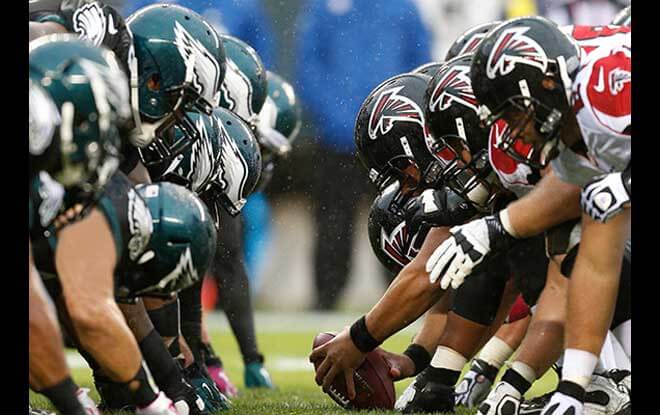 As US sportsbook players were glued to their TV screens this past weekend, they must have come to an inevitable conclusion: the Atlanta Falcons can play some defense. The Falcons, who were tasked with facing the league’s No. 1 scoring offense in the NFC’s Wild Card round, were able to hold their opponent to a meager 16 points. There’s no beating around the bush: this was an unprecedented outing. And now, without a doubt, the Falcons have emerged as the frontrunners in the NFC. Does that mean NFL betting players should take them over the Eagles this Saturday? Let’s find out.

The Falcons finished the regular season with a 10-6 record to finish 3rd in the NFC South. Therefore, Atlanta needed a Wild Card berth to crack this season’s playoff cut. In the end of the regular season, the Falcons locked in the NFC’s 6th seed by winning some crucial matchups in the final stretch. But all that effort would’ve come to a sour end had the Falcons not pulled off the best online sportsbook upset this past weekend.

The final score, 26-13, doesn’t exactly suggest a blowout. However, a closer look at that game’s stats might. And it’s not necessarily that Atlanta blew the Rams out of the water, but they did dominate them in all three phases of the game. Los Angeles finished the day with more offensive yards, but were held to 13 points. Considering that the Rams were averaging close to 30 points per game during the regular season, this is a pretty impressive feat. Can the Falcons shutdown the Eagles offense this US sportsbook betting weekend?

The Eagles entered this year’s postseason as the NFC’s No. 1 seed and there’s no question that Carson Wentz was an integral part of that success. Unfortunately for Philadelphia, the man who was so crucial to the way they steamrolled through their competition this season will not be able to contribute in the postseason. Wentz went down late in the season with an ACL injury and will be sidelined until next year. And while Wentz’ backup, Nick Foles, performed fairly well at first, the last time we saw Foles take the field, we were treated to quite a disheartening performance.

Specifically, in Week 17, versus their NFC East rivals – the Dallas Cowboys, Foles delivered one of the worst performances of his career by finishing the game with a meager 9.3 passer rating. Granted, Foles didn’t see much action in that game, but what we did see out of him was pretty nerve racking. This weekend, Foles will have to go up against a defense that held Jared Goff to a 77.9 passer rating. Considering that Goff was in the US sportsbook MVP discussion this season, there’s no doubt that Foles has a tough task ahead of him.

The above listed odds hail from TopBet sportsbook, a fan favorite when it comes to betting on NFL postseason matchups. TopBet is known for offering free bets every Thursday, as well as some extremely competitive action for live betting on NFL playoff matches. Feel free to check out our online sports betting review on TopBet sportsbook, to get a better idea of what they offer.

The Eagles defensive line is one of the best in the NFL.