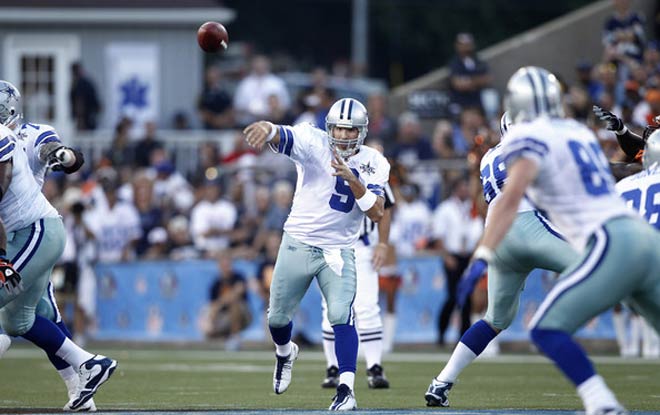 The Dallas Cowboys are three-point road favorites over the New Orleans Saints, as the online betting USA spread goes for the Week 4 NFL game on September 29 at 7:20 pm CT at the Mercedes-Benz Superdome.

The Dak Pak lengthened their SU and ATS winning streak to three straight games. The Cowboys predictably took care of the Dolphins 31-6 as 22-point chalk, according to the best online sportsbooks. Prescott threw 19 of 32 for 246 yards with two TDs and one pick. Wide receiver Amari Cooper gained 88 yards and scored one TD on six catches. Running back Ezekiel Elliot led the team with 125 yards. The Boys lost 100 yards to eight penalties but still outgained Miami 476 total yards to 283. Dallas is 4th in points (32.3) and passing yards (302.3) per game. And 3rd in total (481.3) and rushing yards (179.0) per game. Dallas’ defense sacked opposing QB Josh ‘The Chosen’ Rosen three times. The Cowboys have the 3rd best scoring defense, allowing just 14.7 points per game.

Offensive coordinator Kellen Moore has hit the ground running in his new position. “He wants to call the right plays,” Prescott said. “When you’re looking down and have 100-something plays, it’s hard to choose from. So it’s just going in there and having a conversation on Fridays that ‘Hey, feel really good about these. I don’t really care for this one. I don’t like this one.’ “It just gives him a sense of knowledge and feel [so] when I get into the game, I know what to expect.”

And speaking of hitting the ground running, Teddy Bridgewater led the Saints to a bounce-back win over Seattle. New Orleans entered Week 3 as five point road dogs and upset Seattle 33-27. B-H20 went 19 of 27 for 175 yards with two TDs. Alvin Kamara had 92 yards receiving and 69 rushing and scored two TDs. The Saints gained an outstanding 514 total yards to Seattle’s 265. Nonetheless, New Orleans still ranks 21st in total yards per game, with 339.7.

“The Cowboys are making quite a jump in competition from Dolphins at home to Saints on a Sunday night in the Superdome. Teddy Bridgewater was solid but not spectacular to beat the Seahawks as his team built a big lead on Seattle mistakes. Dallas is very good at not giving the ball away, but the defense hasn’t played close to its 2018 level,” says Tim Colinshaw.

Colinshaw adds that “If the Saints’ line does its job of protecting the QB, New Orleans wins a close one.” Michael Gehlken retorts that “Tackle Alvin Kamara and win. The key to this game is simple enough. If only its execution was.” The Cowboys’ defense may not be “close to its 2018 level”, but the Saints defense isn’t close to the Cowboys’ current level. Three points is too close to call, but gun to my head, I’d take Dallas. Teddy B. hasn’t quite earned my trust just yet. 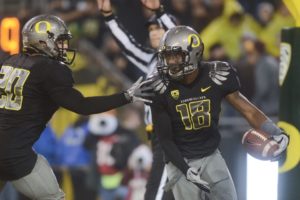