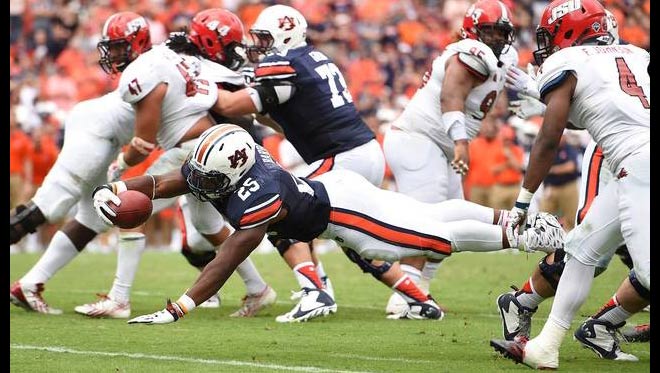 The 2nd ranked Clemson Tigers visit the Auburn Tigers on Week 1 college football action on September 3rd on ESPN. Clemson nearly won the national title a year ago and they enter this season as one of the top contenders to take the title. Clemson is listed as a 7-point favorite at online sportsbooks with the total listed at 59. The early money was on Auburn as the opening line on this contest was -8 but the late money may end up being on Clemson.

The Tigers scored 38.5 points per game last season which was 16th in the country. They are led by quarterback Deshaun Watson who is a Heisman Trophy candidate. In fact, Watson is the second choice in Heisman odds at the best online sportsbook with odds of 4.5-1.

Clemson had 550 yards last season against Alabama with Watson accounting for 478 of them. The offense should be just as good this season with four of the top five receivers coming back and the Tigers get a boost with the return of Mike Williams who missed all of last season due to injury.

If there is a weakness with the Clemson Tigers in 2016 it is the defense as they have to replace a lot of starters from last season. Clemson was solid last season on defense as they ranked 24th in the country, allowing just over 21 points per game.

Questions for Auburn on Offense

The Tigers have a major question at quarterback as three players are competing for the starting job. It will be John Franklin III, Jeremy Johnson or Sean White getting the start but all could end up playing. Auburn is at home and they have some experienced talent returning but the pressure will be on the starting quarterback to produce.

Head coach Gus Malzahn was expected to narrow it down to two players before the game. It is the latest Auburn has gone before deciding on a starting quarterback since 2012. Malzahn said it has been “too good a competition” to name a starter.

Clemson has gone over in their last four road games. Auburn has gone under in 7 of their last 9 home games. The Under is 8-2-2 in Auburn’s last 12 vs. the ACC.

The line at the best betting websites on this game seems really low as Clemson is the superior team with the superior quarterback. Watson figures to have a big day and the Clemson defense should be able to handle the Auburn offense. I will lay the number and take Clemson in this contest.