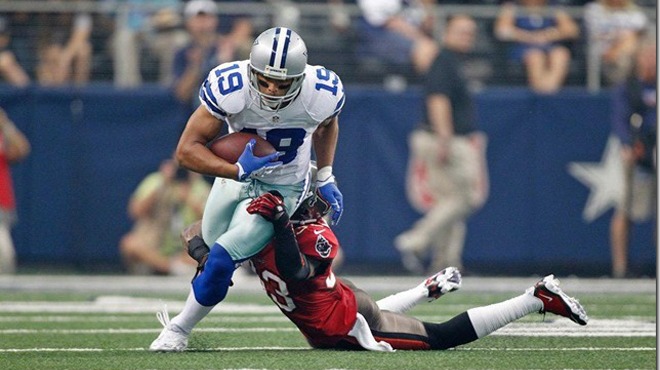 Right now, it’s hard for US sportsbook players to get a read on the Dallas Cowboys. America’s Team enters the 2017 season as the reigning NFC East champions as well as the online NFL betting favorite to win the division this year. However, no one would deny that Ezekiel Elliott is an integral part of the Cowboys offense. And with Elliott’s suspension still up in the air, no one knows how long Dallas will have their star running back at their disposal.

Fortunately for the Boys, they will have Elliott this weekend when they face off against the Denver Broncos. Both teams are coming off of Week 1 wins and are bound to deliver a thrilling contest this upcoming Sunday.

How can the #DallasCowboys get their first road win of the season? @BryanBroaddus breaks it down. https://t.co/VsNnypA3Ik pic.twitter.com/RwivqaZCoG

The Cowboys are coming off a dominant 19-3 win over their NFC East rivals the New York Giants. The Giants were without Odell Beckham Jr. and subsequently their offense was crippled on the day. On the other hand, Dallas had Elliott and was able to implement their philosophy; keep the ball away from their opponent, run out the clock, and move the chains.

Denver is coming off a Monday Night Football game they should have lost. The Broncos faced their AFC West rivals the Los Angeles Chargers. Denver started strong, their offense was able to move the ball and capitalize on long drives while their defense was bullying Los Angeles. Late in the 4th, the Chargers got the ball back down 3 points and with 180 seconds still on the clock. Instead of putting a respectable drive together, Phillip Rivers and the undisciplined Chargers’ offense.

Against the Giants, the Cowboys managed to earn 392 yards of total offense on the day while holding their opponent to a meager 233. Dallas picked up right where they left off I terms of ball security by finishing their Week 1 contest without suffering any turnovers. Additionally, America’s Team managed to pick off Eli Manning once – but that’s not saying much considering we’re still in the regular season.

Behind Trevor Siemian’s best efforts, the Broncos finished the day with 321 yards on offense. It was a good outing for an offense that struggled for most of 2016 but there were some concerns. Specifically, Siemian seems to have a massive drop off with his confidence. When the going is good, Siemian is fun to watch. But when the going gets tough, Siemian seems so unsure of himself to the point where he can no longer lead this offense to a victory.

Best Online Sportsbook Bets to Make: Neither team has a high-scoring offense so the under bet on the totals line doesn’t seem half bad.