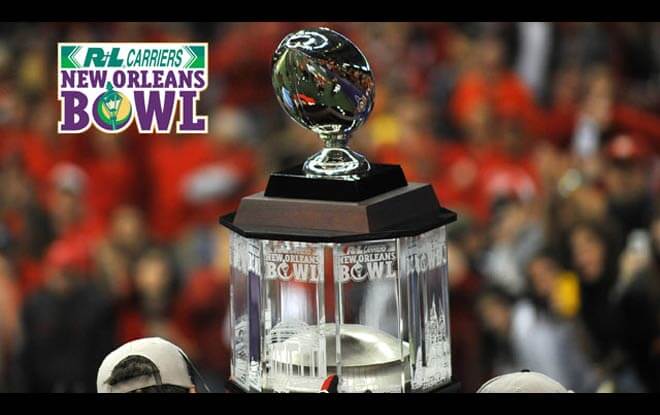 Online sports betting USA establishments favor the Appalachian State Mountaineers by a touchdown over the Middle Tennessee Blue Raiders. App State was the Sun Belt’s West Division co-champion and championship game participant. They had a 10-2 record (5-3 in conference play) as well as a 7-3-2 ATS record. App beat Louisiana 30-19 in the Sun Belt championship game. According to the best online sportsbooks, they were 17.5-point home faves for that one. This will be App State’s fourth straight bowl appearance in the modern era, and their first New Orleans Bowl.

MTSU was C-USA’s East division champion with an 8-5 record (7-1 in conference play). The Raiders went 8-5 ATS during the regular season. MTSU lost to UAB 27-25 as 1.5-point home favorites in the C-USA championship game. This will be the Raiders’ eight bowl appearance in the 2000s and the fourth straight. It will also be their second New Orleans Bowl. MTSU bested Southern Miss 42-32 in the 2009 edition of the game.

Interim head coach Mark Ivey will sub for Scott Satterfield during the New Orleans Bowl. Satterfield left for the greener grass of Louisville. However, ain’t nothing changed for the players. “I kind of pretty much told the team no matter what happens, the people in this room, this is who we work hard for,” nose tackle MyQoun Stout said. “Yeah, the coaches are going to call the call, but I go out there and run the play so hard because Okon Godwin, Elijah Diarrassouba (both fellow defensive lineman — my brothers that at the end of the day that’s the people that I work hard for and have worked so hard for all four to five years with.”

Our Prediciton: App State ranks 15th in rushing yards per game with 241.0. But only 100th in passing offense (188.6 yards per game). Meanwhile, MTSU ranks 104th in rushing offense (138.1) and 40th in passing offense (255.4). So App has an arguably slightly better offense. But they also have a much better defense. App State held opponents to 10 points or fewer on seven games this season. Moreover, they rank No. 3 in the country in passing yards allowed per game (148.1). As a matter of fact, the ‘Neers allowed just seven passing TDs this year. On the strength of their defense, take App to cover the online sports betting USA spread.