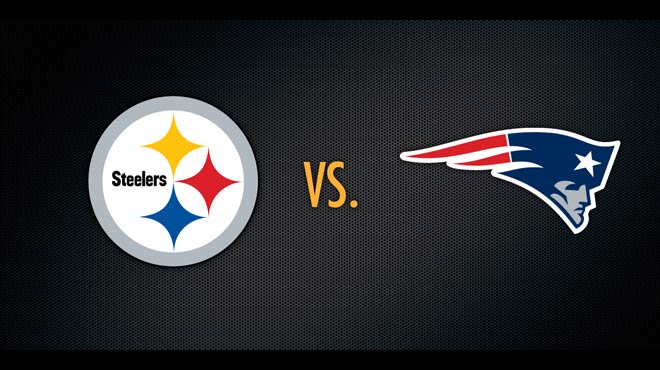 The New England Patriots host the Pittsburgh Steelers on Sunday in the AFC Championship Game that you can see at CBS and bet on the top us sportsbooks. The Steelers just slipped past the Kansas City Chiefs last week while the Patriots routed the Houston Texans. This matchup on Sunday features the potent offense of the Steelers against the top-ranked defense of the Patriots. It is also a marquee matchup of quarterbacks with Ben Roethlisberger going against Tom Brady. Let’s look at the game and AFC Championship picks.

The Patriots will try and find a way to slow down the marquee players of the Steelers. “They’re really good,” Patriots coach Bill Belichick said, “They’re a tremendous offense. Kansas City was able to make some plays in the red area, but they could’ve easily been up in the 40s (Sunday) night. “They do a lot of things well — can run it, can throw it. Brown’s the main guy, but all of the receivers, tight ends, backs — I mean, they’re all a problem. Roethlisberger is really good, can make all of the throws. It looks like his mobility is good. They’re doing a great job. They’re a good offense.”

The Steelers lost in Week 7 to the Patriots 27-16 but Roethlisberger didn’t play in that game as backup Landry Jones had to start. New England realizes they have to start by focusing on Bell. “He’s good all of the time,” Belichick said, “He’s really a hard guy to tackle. He’s got good vision, great patience, and he does a good job.”

It is hard to go against Belichick and Brady at home so we’ll lay the points at the best online betting sites and take the Patriots. Bet at Mybookie sportsbook for this game and receive a big Bonus.