Is Sports Betting Legal in your State? State By State Analysis 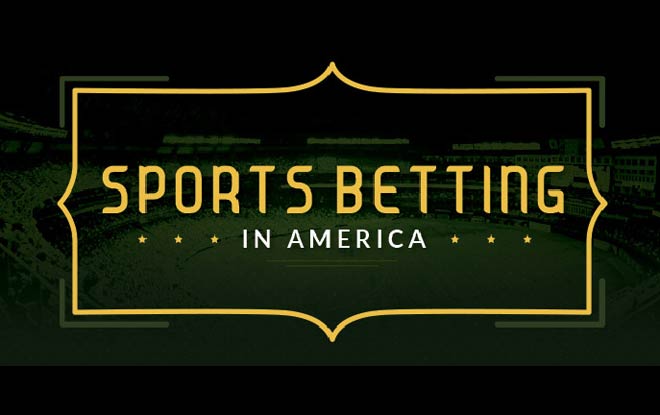 There are many legal betting sites. That doesn’t mean, though, that sports betting is legal in every state of the Union. Like the Prohibition, outlawing gambling is counterproductive. However, as the Roman jurist Ulpian said in the 3rd century AD, dura lex sed lex. Thankfully, great strides have been made in recent years towards the universalization of US legal betting. The state of New Jersey in particular has been, like Natty Bumppo, a pathfinder as well as a pioneer.

Garden State voters approved an amendment to the state’s constitution in 2011, which allowed state legislature to legalize sports betting. Then, New Jersey legislature passed a bill in 2012 which legalized sports betting at racetracks and casinos. From that year to the present, New Jersey has been embroiled in a case known as Murphy vs. National Collegiate Athletic Association. The case argues that New Jersey violated PASPA, a federal law requiring all states to enact sports-betting prohibitions. The state lost the case but appealed the decision in October, 2016. In June, 2017 the Supreme Court of the United States agreed to hear New Jersey’s appeal. Earlier this year, SCOTUS struck down PASPA, leaving it up to each state whether or not to legalize sports gambling. 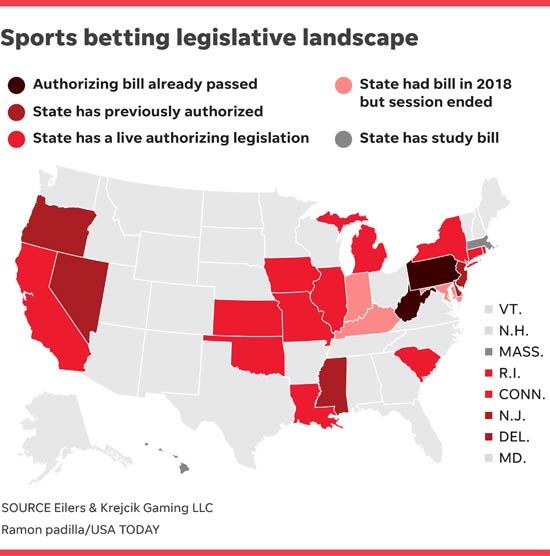 In States were people, New Jersey would be Richard Gere; an officer and a gentleman. But what about the other 51 states? Where is betting in the US legally available?

The Yellowhammer State has never been known for its progressive ways. Therefore, it will surprise no one that not even Daily Fantasy Sports is legal in the Heart of Dixie. Alabama is part of a group of states that prohibit Nevada-style sports betting. Legislature in these states would have to be repealed or amended before full-scale sports wagering is ever permitted. In addition, these states have not publicly announced any bills devoted to the legalization of sports betting. These states are Alaska, Alabama, Arkansas, Arizona, Colorado, Florida, Georgia, Hawaii, Idaho, Louisiana, Maine, Nebraska, New Hampshire, New Mexico, North Carolina, North Dakota, Ohio, South Dakota, Tennessee, Texas, Vermont, Virginia, Washington D.C., Washington State, Wisconsin and Wyoming.

“There has been no legislative activity on this issue in Alaska,” said spokesperson for Gov. Bill Walker’s office Austin Baird. Alaskans can still bet on Dog Mushing contests, which is the State sport.

According to the Arizona Department of Gaming, sports gambling will remain illegal until further notice. At least Arizona governor Doug Ducey appears to be open to the possibility.

Arkansas is the Ned Flanders of states. The Natural State has historically frowned upon any form of wagering with the exception of the scholarship lottery. One wonders if they also consider insurance a form of gambling.

State Assemblyman Adam Gray introduced a constitutional amendment that would allow legal gambling on baseball, football, basketball and other sporting events. However, the bill remains in committee and has several obstacles on its way to the Legislature for a hearing. And even then, both Legislature houses would have to pass the bill with a two-thirds majority. And then the governor would have to sign it. And then voters would have to approve it in a statewide vote. A plague o’ both your houses!

“Any expansion of gaming beyond the constitution would require legislation and a vote of the people,” Meghan Tanis, a spokeswoman for the Colorado Division of Gaming, said.

The Constitution State has modified its laws to allow in-state regulation of “wagering on sporting events to the extent permitted by state and federal law.” Additionally, Governor Daniel Malloy is willing to call a special General assembly to legalize sports gambling once on and for all.

The First State may not have been the first state to legalize sports betting, but it is one of the states wherein it is legal to wager on sports. Delaware officially started accepting sports-betting wagers on June 5, 2018.

The tricky part in the case of the Sunshine State is an amendment on the ballot in November. This would require a voter referendum to approve any expansion of casino gambling, as opposed to the state legislature. Should that amendment pass, it would take any sports gambling ruling out of the legislature’s powers.

The next session in which this issue could be potentially debate will take place until January of next year.

Bills that would call for legalized sports gambling are likely to be introduced in next year’s Legislature, said the Honolulu Star Advertiser.

Governor C.L. Otter is reportedly not interested in any form of gambling that doesn’t involve horses.

The Prairie State’s current legislative adjourned on May 31, 2018 without the passage of any of the sports gambling bills that were active. Thus, 2018 will most likely be the year that sports wagering became legal in the Windy State.

Two bills introduced by State Rep. Alan Morrison expired before they could receive a vote. Like a Nostradamus prediction that didn’t come to pass, the date on which Indiana sports fans hope to use legal betting sites been moved to September, 2019.

A bill that would have legalized sports gambling in the Hawkeye State was introduced in 2018. However, it was not voted on before the legislature adjourned. The next such bill is expected to be introduced next year.

“Louisiana denied legislation that would have put the issue up for voters this fall,” said WWL.com.

The legislature of the Pine Tree State is not at present considering any sports betting legislation.

Bills that called for a referendum vote on the question of sports wagering did not make the state’s senate. Governor Larry Hogan expects the issue to be debated in next year’s legislative session.

A bill is active towards the legalization of sports betting in the Bay State. However, a special commission would have to be created. Moreover, several laws would need to be altered. In summary, the process could be slower than a turtle swimming in molasses.

The state House voted 68-40 in favor of sports betting legislation on June 12. However, since lawmakers adjourned for a summer break, the Senate is not expected to consider it until September at the earliest.

The state legislature did not consider a sports gambling bill before adjourning for the year on May 20.

The Magnolia State’s gaming commission proposed on May 18, 2018 a set of rules to regulate sports wagering. If all goes well, Mississippi casinos could start taking sports bets as early as July 21.

Five bills that would have legalized sports gambling in the Show Me State did not pass before the spring 2018 legislative session adjourned.

Like Nevada, Oregon, and Delaware, The Treasure State was unaffected by PASPA. This was because Montana offered some forms of gambling that predated that law. These forms of gambling, for example fantasy sports leagues and pools where people bet against one another, could be expanded to include sports betting. But not necessarily so.

Gambling will, barring any unforeseen event, remain illegal in the Cornhusker State as long as Governor Pete Ricketts is in office.

Do you really have to ask?

The Land of Enchantment has not considered any sports wagering legislation recently.

Governor Andrew Cuomo said on June 1, 2018 that the state will not pass a sports gambling bill this year. He claimed that there isn’t enough time left in the legislative session.

North Dakota governor Doug Burgum did support New Jersey’s case, but the state is in the same boat as Alabama et al.

There are a few casinos in the Buckeye State; however, legalizing sports betting is not one of Governor John Kasich’s priorities.

The part of House Bill 3375 that would have legalized sports gambling in the Sooner State was excised from the final version of the bill. The bill passed but it focused on casino games expansion.

The Beaver State offered NFL parlay game action as part of the Oregon Lottery before PASPA. However, it ceased this practice in 2007. Now Oregon is in a similar situation as Montana.

The Quaker State already has the legal architecture in place. And on May 21, 2018 Philly.com reported that “analysts say sports betting might be six months to a year away” in Pennsylvania.

Ocean State officials said on May 19, 2018 that they hope sports gambling will be in full swing by October.

According to the Charleston Post and Courier, “Pro-gambling legislation … officially died when the regular session ended” in May, 2018.

The Tennessee General Assembly has already adjourned for the year. The governor is reportedly still reviewing the Supreme Court decision.

Texas has not historically been a gambling hotspot and it doesn’t seem as though that is going to change in the near future.

Senator Orrin Hatch said on May 14, 2018 that he plans to introduce a federal sports betting bill. However, that doesn’t mean sports wagering will be legal in Utah anytime soon. It is Mormon country after all.

There is no active legislation regarding the legalization of sports wagering in the Old Dominion at the moment.

The Mountain State passed, along with Mississippi and Pennsylvania, laws in 2017-18 that made sports gambling legal provided it were no longer outlawed by federal regulations.

Legalizing sports betting would require a 60% vote by the state legislature, according to the Washington State Gambling Commission.

Tribe-operated casinos could try to amend gaming compacts to allow sports gambling in their establishments. But that probably will be the extent of the Supreme Court ruling in the Badger State.

The Equality State has not considered any sports gambling legislation in the recent past. So we may not see legal betting sites operating out of Wyoming any time soon.