Will Lonzo Ball live up the Betting Expectations? 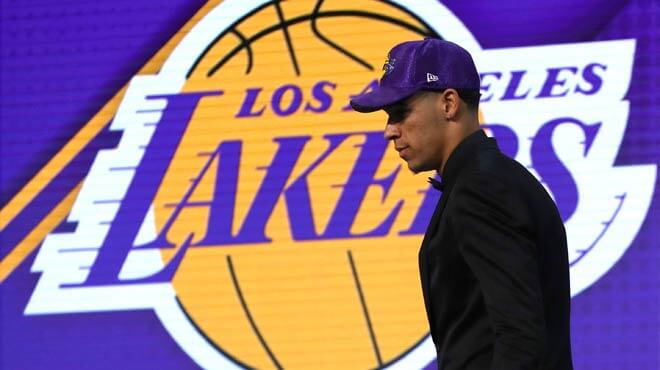 Sportsbooks have pegged Los Angeles Lakers new point guard and 2nd overall pick in the 2017 NBA draft as a slight favorite to win the Rookie of the Year Award, while his dad may or may not become the sixth track of Motley Crue’s final studio album. Ball’s selection by the Lakers signals a change in LA’s gameplay from the Kobe-centric offensive of the last two decades to an attack that will flow from rather than to Ball. That is to say, his mad assist skills will redound to the benefit of his teammates. Except D’Angelo Russell, who was traded with Timofey Mozgov to the Brooklyn Nets for Brook Lopez and the rights to Kyle Kuzma. In addition to his 7.6 apg, Ball shot 55% from the field and 41% from the three-point line in his one year with the UCLA. If he kept that pace – which is admittedly difficult – he would be the vaunted triple-threat.

Ball’s competition for Rookie of the Year includes…

Simmons was selected by the Philadelphia 76ers with the number one overall pick in the 2016 draft, but missed what would have been his rookie season with a fracture of the fifth metatarsal bone of his right foot. Simmons’s combination of size, fluidity of movement and quickness has rarely been seen in the NBA – or to be more precise hasn’t been seen at all because he is yet to play a single NBA game. Which means he hasn’t had a chance to live down to his potential which in turn means that sportsbooks are still high on the big Aussie.

Simmons’s newest teammate and first overall pick in the 2017 draft is third in the odds-boards to win Rookie of the Year. As it turns out though, the presence of the Philly duo in the running for rookie of the year only makes a stronger case for Ball, as the Sixers only know too well. Last season, Joel Embiid and Dario Saric cancelled each other out and pretty much handed the award in a silver platter to Bucks point guard Malcolm Brogdon. Saric received 266 votes while Embiid got 177, and neither were anywhere near Brogdon’s 414.

The Kentucky Wildcats point guard was selected with the fifth overall pick in the 2017 NBA draft by the Sacramento Kings. The 2017 SEC Tournament MVP helped UK advance to the Elite 8 in the 2017 NCAA Division I Men’s Basketball Tournament with his 16.7 points and 4.6 assists per game – including a 39-point performance against Ball’s Bruins in the Sweet Sixteen. Looking forward to that rivalry continuing in the NBA. Not looking forward to years on end of bickering fathers living vicariously through their sons.

Smith was selected with the ninth overall pick in the 2017 NBA draft by the Dallas Mavericks. The 2017 ACC Rookie of the Year should be the Mavs’ starting point guard almost by default, but there is a caveat for sportsbooks and is the fact that Dallas head coach Rick Carlisle has been wary of starting rookies in the recent past.