What to Bet on Chicago Bears vs. Green Bay Packers Odds 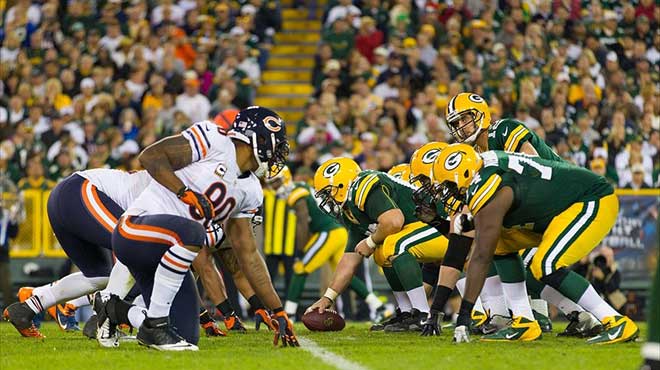 The Green Bay Packers are in a rut. It’s no NFL gambling site’s secret that Aaron Rodgers went down with a broken collarbone but once he went out, most players placing sportsbook bets in the NFC wanted to know what they could expect out of the Packers without their two-time MVP quarterback. Well, with two games to sample from, it’s pretty clear that we cannot expect much out of Green Bay. All things considered, it’s pretty sad to see a team that most NFL bettors had pegged as a Super Bowl contender crumble without their starting quarterback. Whether this speaks more about Rodgers’ talents or Green Bay’s management’s inability to build a solid and stable team is up to the players to decide. Nevertheless, without Rodgers, the Packers have yet another game to play this Sunday. They’ll be coming off a loss to an NFC North rival but another will be looking to pounce on this aching team.

The Packers slump into this Week 10 contest flashing a disappointing 4-4 record that ranks them 3rd in the NFC North ahead of this Sunday’s opponent. Once upon a time, Green Bay led the division but we’ve already covered what happened to the Pack. The big point of focus is Brett Hundley: the man filling in for an injured Rodgers. The biggest sportsbook players will recall Hundley from his quarterbacking days back at UCLA, where he was pretty good. So far, Hundley hasn’t been able to replicate ‘pretty good’ at the professional level. The backup comes into this Sunday’s matchup with 1 touchdown, 4 interceptions, 489 yards and a meager 58.3 passer rating to his name. Hundley will be going up against a defense that ranks 11th against the pass so don’t expect the Bears’ secondary to hand the 3rd year player any favors this Sunday.

The fact that Rodgers has been taken out of the starting lineup may actually help Green Bay, as an organization down the road. Obviously there not going to win as many football games so they’ll be hurt in the playoff sense. But if this setback has shown us anything, is how flawed the Packers approach to professional football has been these last couple of years. The truth is they haven’t surrounded Rodgers with any standalone talent so to speak, and it’s starting to become glaringly apparent. Their defense is ok at best, but it’s certainly not good enough to carry this team to the Packers. Contrasted against the Patriots, who went 3-1 without Brady last season, the difference in management is crystal clear.

The Bears crawl into this Sunday’s matchup sporting a 3-5 record that ranks them last in the NFC North. Chicago hasn’t been a contender in the North in years and it’s looking like they’ll fall short of that mark in 2017 as well. However, getting a win over longtime rivals the Packers would give their fan base more than enough reason to get riled up. Luckily for the Bears, Green Bay will be without Aaron Rodgers which forces the biggest sportsbooks on the web to favor Chicago over the Pack. Despite that the Bears will be on the road this weekend, picking Chicago over Green Bay is inarguably one of the easiest bets to make on Week 10’s action.