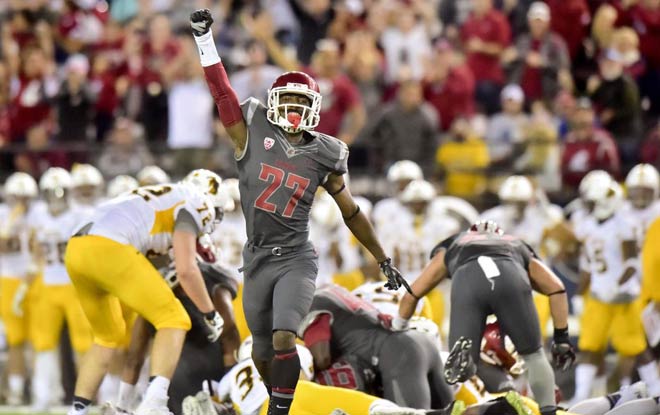 The best gambling sites favor the Air Force Falcons by 2.5 points over the Washington State Cougars, as the spread goes for the 2019 Cheez-It Bowl on December 27, with kickoff scheduled for 10:15 p.m. EST at Chase Field in Phoenix Arizona.

The Cougars enter the game at 6-6 (3-6 in conference play). WSU tied for fifth place in the Pac-12’s North Division. This is Washington State’s second Cheez-It Bowl. Their 1992 team won the then-Copper Bowl over Utah, 31-28. According to the best online sportsbooks, the Cougars went 4-8 ATS during the regular season.

The Falcons enters the game ranked 24th in the AP Poll, with a 10-2 record (7-1 in conference play). AFA is also on a seven-game winning streak. Air Force finished in second place in the Mountain Division of Mountain West. This is the Falcons’ second Cheez-It Bowl. Their 1995 team played in the then-Copper Bowl and lost to Texas Tech 55-41. As recorded by the best gambling sites, AFA finished the regular season 7-5 ATS. Starting QB Donald Hammond is 52 of 99 (52.5%) for 1,286 yards with 13 TDs, five picks, and four sacks.

Wide receiver Geraud Sanders has 29 catches for 736 yards and seven TDs. The Falcons have the 7th-worst passing offense with 131.0 yards per game. Running back Kadin Remsberg has 872 yards and seven TDs on 155 carries. Air Force ranks 3rd in the country in rushing yards per game (292.5). AFA averages 34.3 points per game (22nd) but were held to 20 in their season finale versus Wyoming.

Both schools are comparable offensively but Air Force has a much better defense. Take the Falcons and the points.