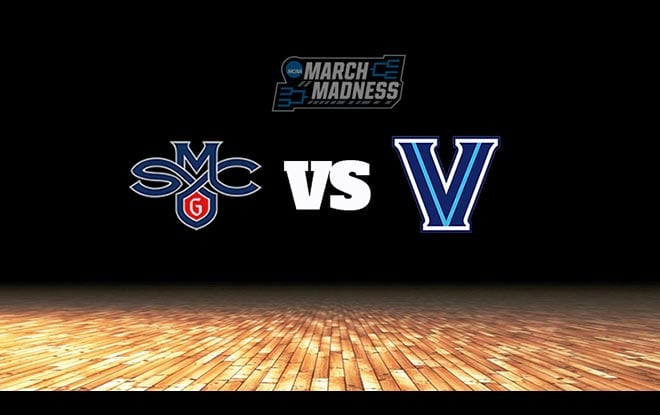 Betting websites apps favor the Villanova Wildcats by five points over the Saint Mary’s Gaels in their NCAA first round match. Champagne Villanova finished their season with a 25-9 record (13-5 in Big East play). Nova also finished 20-14 against the spread, per the best online sportsbooks. The Wildcats defeated Seton Hall in the Big East championship game, 74-72. However, they failed to cover as 4.5-point favorites. The Gaels posted a 22-11 SU record this season (11-5 in West Coast Conference play). As well as a 19-14 ATS record. SMCC upset Gonzaga 60-47 in the WCC tournament final, which they entered as 15-point dogs. Reportedly, “Kenpom, which rates Villanova as 26th in the country and Saint Mary’s as 31st, gives the Wildcats only a 52 percent chance of winning.” Considering it’s not Scott Steiner who’s doing the math, I’ll take my chances with those numbers.

The Wildcats averaged 69.9 points per game in the last nine games. And they are shooting 53.4% from the floor. We’ll see below how the Gaels could counter those figures. According to betting websites apps, Nova is 5-1 ATS in its last six games following consecutive ATS losses. And 5-0 SU and 4-1 ATS in its last five NCAA tournament first round games. As well as 13-3 ATS in their last 16 NCAA tournament games. And 19-7 ATS in their last 26 games in a neutral site.

Villanova captured the Big East title under the leadership of seniors Phil Booth and Eric Paschall. Booth and Paschall have become “like big brothers, fathers almost” to the younger players on the roster. Hyperbole aside, it couldn’t have been any other way. What with the departures of guard Donte DiVincenzo, forward Omari Spellman, and other breakout stars.

The Gaels are 1-5 SU and 2-3 ATS as underdogs this season. However, they are aiming for back-to-back upsets. “We know that we can beat anybody,” top scorer Jordan Ford said. “Since we beat the No. 1 team in the country, and to be able to see and play against the No. 1 team in the country three times this year, we know that we can hang with anybody.”

Pick: Villanova was stacked last season, so it was inevitable that the NBA draft poached much of its talent. Then again, Nova had so much talent because head coach Jay Wright is pretty good at finding and it in the first place. The point is that the Wildcats are still dangerous, as proven by their Big East championship win. That said, Saint Mary’s stands a bigger chance against this team than they would have a year ago. All things considered, this one may be too close to call. What users of sports betting sites could expect, though, is a low-scoring a fair. Thus, taking the under seems like the sensible thing to do.