UNC is Looking for Redemption this Saturday 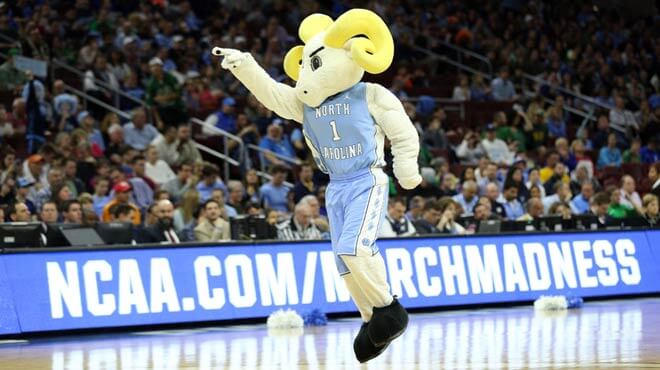 Popular sportsbook players are mere days away from having to kiss goodbye the college basketball betting season, so the smartest thing to do would be to cherish the little time we have left. That means getting in on some thrilling action this Final Four betting weekend.

The Final Four came faster than anybody could’ve foreseen and it also brought with it some unfathomable matchups. Who knew South Carolina would’ve made it this deep in the tournament? But putting aside the Gamecocks contest with Gonzaga, the matchup between the Ducks and the Tar Heels promises to be the most thrilling contest of the day.

Unsurprisingly, North Carolina has opened as the popular sportsbook favorite. UNC is used to the national spotlight, and North Carolina won’t shy away from the opportunity to bring home yet another title. But Oregon won’t roll over, and if there’s one contest that’s coming down to a buzzer-beater it’s going to be this one.

Ghosts of Tar Heels Past

It’s hard to imagine any Final Four team having more motivation than the Tar Heels. After losing in last year’s March Madness championship match in the most dramatic of fashions, the entire Tar Heels nation had their heartbroken. Now UNC has an opportunity to avenge that heart loss, and anything other than a title will be insufficient. In addition to losing in the title match, North Carolina turned in a 33-7 record (14-4 ACC) for the 2015-16 season, as well as an ACC Tournament triumph.

The Tar Heels are right on track to match last season’s success. UNC is currently sitting on a 31-7 record (14-4 ACC) that gave way to a 1st place finish in Atlantic Coast Conference. However, the Tar Heels were unable to win back-to-back ACC Tournaments, as archrival Duke sent them packing in the semifinals.

The Tar Heels have been one of the most dominant teams in this year’s postseason. In the opening round of the tournament, UNC gave Texas Southern a 103-64 beating, and followed that crushing performance by whooping Arkansas 72-65. But from there on out UNC would have its hands full. Butler was next and the Tar Heels slid past the 92-80. Then in the Elite Eight round of the tournament, North Carolina faced Kentucky but was able to hang on 75-73 to advance past the Wildcats.

Why Bet on North Carolina?

Vengeance can be a strong motivator and UNC is currently the most motivated team in the tournament. Oregon enters as the popular sportsbook underdogs, and while the Ducks will do their best to contend with the Tar Heels, UNC will be out to prove something and finally get that chip off their shoulder.

To help crush the Ducks the Tar Heels will turn to Justin Jackson, who is lighting up the scoreboard with his averages of 18.2 points, 4.7 rebounds, and 2.8 assists per matchup. Joel Berry will help out Jackson. Berry is putting up 14.6 points, 3.1 rebounds, and 3.6 assists per outing.