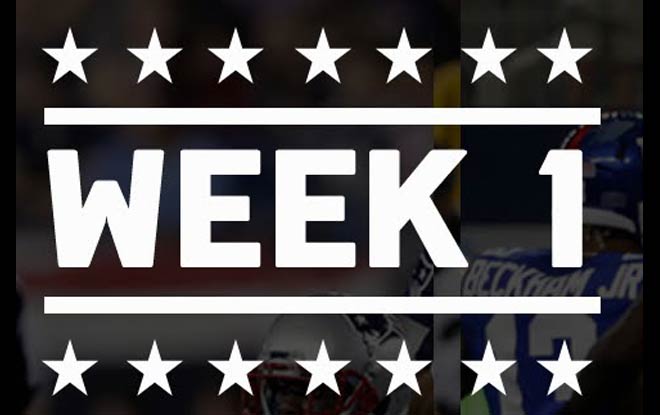 When it comes to NFL betting online, it’s never too early. For example, the best online sportsbooks already favor the New England Patriots to win Super Bowl LIV. But that’s more of a tradition than a prediction. Now, forecasting the best games on which to bet come Week 1, that’s a smidge more difficult. Except for the Pats versus the Steelers match. That’s pretty much a no-brainer.

Of the two teams, da Bears are more reminiscent of their glorious former selves than the Packers. However, in gambling there are two certain things; always bet on black, and never bet against a healthy Aaron Rodgers. The Green Bay QB is sound of body and mind, and plans to learn Matt LaFleur’s new offense in three months. “It’s going to be different. It’s going to look different, formationally and with motions,” Rodgers said. “I think it’s an offense that I can infuse creativity in and put my stamp on it.” So unless he slips on a banana peel between here and kickoff, NFL betting online fans should fade Chicago.

The Ravens traded Joe Flacco in February. And two thirds of Baltimore’s QB room currently comprise Trace McSorley and Robert Griffin III. The former is a rookie and the latter is lucky to have a job. All of which is to say that the Ravens are putting all of their eggs in the basket that is Lamar Jackson. As well they should. On the other hand, it’s hard to see Josh Rosen or Ryan Fitzpatrick saving the Dolphins from drowning. Dolphins are mammals, in case you were wondering. They can theoretically drown. Where was I? Oh, yeah; the Ravens should cover the small spread easily.

The Rams didn’t belong in the last Super Bowl. And the fact that their vaunted offense could only manage a field goal is proof enough. Notwithstanding that, the Horned Ones won’t need any help from the officials to put the Panthers away. Unless there is a horrible chain of event that culminates in Blake Bortles playing. Lord knows the Rams have already tempted fate by signing him.

Speaking of Blakey Boy, the Jags finally came to their senses and dropped him like a bad habit. Unfortunately, the only difference Nick Foles is going to make is losing by fewer points. And not enough fewer points at that. Jacksonville’s defense is as good as Kansas City’s is bad. But Patrick Mahomes has made a living of keeping the Chiefs ahead.

The Saints have not started 1-0 since 2013. And the Texans will presumably wait until after Week 1 to start getting injured. All things considered, NFL betting online bettors might want to fade New Orleans on this one.

The good news for the Raiders is that they signed wide receiver Antonio Brown. A couple of years from now they might regret that. But for the time being, it provides starting QB Derek Carr with a deluxe target. The bad news is Carr is injury-prone, and his current backups are Mike Glennon and Nathan Peterman. Which is tantamount to saying he has no backups. All things being equal, though, Oakland should be able to cover.

All odds from MyBookie.ag Sportsbook.