No. 7 Stanford Cardinal vs. No. 10 Washington Huskies Preview 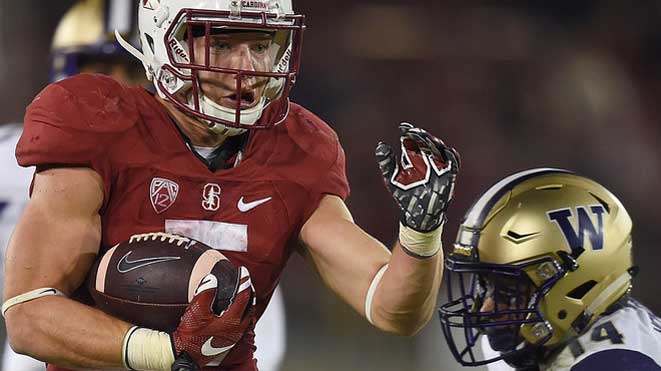 The No. 7 Stanford Cardinal visit the No. 10 Washington Huskies on Friday night in a game that can be seen on ESPN. Both teams come into this game unbeaten so the winner of this game is likely going to win the Pac-12 North and stay in national title contention while the loser will likely be eliminated. The Huskies are listed as 3-point favorites at the best betting websites. Let’s look at the game and Week 5 college football picks.

The Cardinal struggled last week as they trailed for most of the game against UCLA but they still pulled out a 22-13 win. Stanford is led by running back Christian McCaffrey who is one of the best players in the country. He has already touched the ball 91 times in three games and has 555 yards and four TDs. He is second in the nation in all-purpose yards, averaging 211.7 per game.

Quarterback Jake Browning has completed 70.5 percent of his passes for 904 yards with 14 touchdowns and only two interceptions. Browning is second in the nation in passing touchdowns.

This is an interesting matchup between two excellent head coaches in David Shaw and Chris Petersen that know how to win. The Cardinal have the experience of winning big games under Shaw and they have the superstar in McCaffrey and they are getting points. I will take Stanford plus the points in this contest.
Visit MyBookie sportsbook and get 100% Bonus for this game.