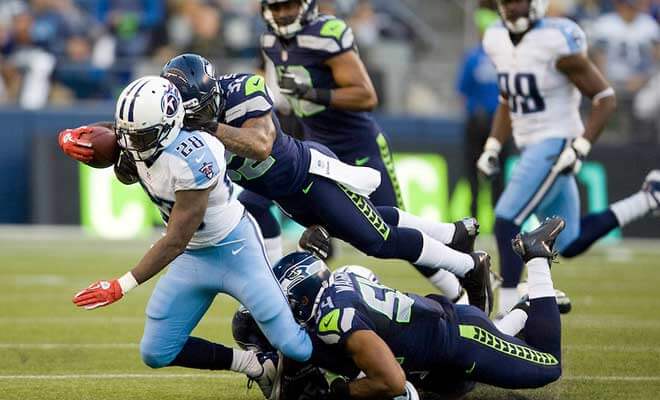 Things got pretty low for the Tennessee Titans (8-5 SU & ATS) this season. It seemed, in fact, that they were not going to be able to protect their quarterback.

So they took out Marcus Mariota and inserted Ryan Tannehill. And the change has been discernible, to put it mildly. Tennessee has now won six of its last seven games. But the Houston Texans (8-5 SU, 4-7 ATS) are going into Nashville with something to prove as these teams meet at 1 PM ET on Sunday. Nissan Stadium is the venue, and while CBS is showing it, the wagering continues. That’s because Sports Betting Ultra at BetAnySports enables real-time action for you.

When Ryan Tannehill entered the picture, things changed. No, the Tennessee offensive line wasn’t able to protect the passer all that much better. In fact, their sack rare is the worst in the NFL. But it’s what Tannehill was able to do when he was upright that was impactful.

It would be misleading to imply that Tannehill didn’t have a lot of help. Derrick Henry, the former Heisman winner, has really taken the ball and run with it. And that has been necessary. With 1243 yards and a five-yard average (with 13 TD’s), he made a good case to be an All-Pro.

This is the way the Titans intend to do business. And it can work. All of it opens up passing lanes. One huge contributor has been rookie wide receiver AJ Brown, who is averaging a very robust 20 yards per catch. He allows the Titans to stretch the field long, and they can also do it wide.

One potential problem for Henry is a hamstring issue. He’s been practicing a little, and swears that he will be perfectly fine come Sunday.

These are the pro football betting odds on Sunday’s AFC South showdown at Nissan Stadium:

If you’re looking to avoid having to lay the standard -110, then try “reduced juice” at BetAnySports!

Which Texans team takes the field?

It’s been sort of a roller-coaster ride for the Texans. They suffered a horrific beating (41-7) at the hands of Baltimore. Then a couple of weeks later they scored a 28-22 win over New England. But last week they came back to earth with a 38-24 loss to Denver.

So which Houston team will show up? They hope it’s the one that can utilize the run game with the duo of Carlos Hyde (4.7 ypc) and Duke Johnson (5.2 ypc) and can give a little better protection to Deshaun Watson, who’s been sacked 38 times.

The opening for Houston

Without question, the Titans’ Achilles heel is in their secondary. They are just very short on defensive backs. And the best one they have, Malcolm Butler (famous for his Super Bowl interception of Russell Wilson) is on injured reserve.

This can open things up for the Houston passing game because the Texans can flood that secondary with quality receivers. The trio they currently have – DeAndre Hopkins, Will Fuller and Kenny Stills – may be their best combo since the franchise was established.

We obviously like the direction the Titans are moving in right now. And with the Texans having the second worst pressure rate of any pass rushing apparatus, Tannehill should have time to operate. We doubt Tennessee is going to hold up in the secondary, though. And that’s why we’d like to being up a trend. With Tannehill at the controls, the Titans have been “over” the total seven straight times. So we hardly expect a defensive battle.

BetAnySports is your headquarters the rest of the way in pro football betting. Get reduced juice for a better shake on the odds. And keep the action going after the kickoff with Sports Betting Ultra……… Open up an account by using your debit or credit card, person-to-person transfers, or the virtual currency of Bitcoin, which is fast and easy with their automated system, and NEVER incurs a transaction fee!