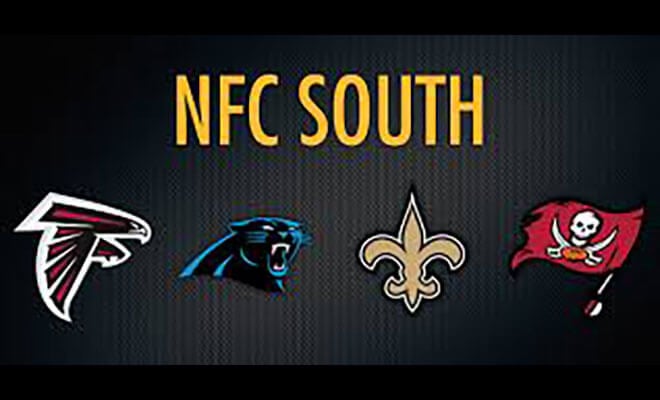 It’s probably too late for the Atlanta Falcons to make a real move in the NFC South. But they had a pretty glorious moment last week as they routed the New Orleans Saints. Was that a one-off situation for them? And can the Saints come back with a big effort this week against Tampa Bay? They are still in control of the division with a 7-2 record. That’s why it’s important for the Carolina Panthers, at 5-4, to keep pace with a win. They have to slow down Atlanta’s Matt Ryan to do it.

Saints aim to bounce back

With this one, you have to be careful, because it’s tricky. The Bucs have given New Orleans trouble, splitting the two-game in each of the last four years. And the Saints had their difficulties the first time around, as they managed to win only by a touchdown despite a 205-yard advantage in total yardage. In this particular instance, the situation might take over.

Drew Brees & Co. are coming off an extremely disappointing loss to Atlanta. They allowed the Falcons the opportunity to run the ball and control the clock. But on an overall basis, the numbers did not necessarily reflect a 26-9 final.

What Tampa Bay brings to the table is an ability to defend the run and get the ball moving through the air. Jameis Winston (2765 yards) has been an inconsistent performer, but that’s always been the case, hasn’t it? With 34 sacks and 14 interceptions, there’s a lot of potential for negative plays. If the New Orleans defense shows up, they’ll have the chance to flip the field.

Opposing passers have achieved a 100.3 rating against the Bucs’ secondary. And we’re convinced that Brees is sharp coming off his injury. But where does all this translate for us? Maybe we relate this to the total, as in an “over.”

Falcons out to prove last week was no fluke

Atlanta Falcons owner Arthur Blank gave head coach Dan Quinn a reprieve, it seemed. Did the players respond? Well, with that 26-9 win over the Saints, it appears they are about to turn the corner. Or are they? One sign a lot of people see as a positive is that Quinn isn’t making the defensive play calls anymore.

He’s handed those responsibilities over to Jeff Ulbrich. Now here’s the question – was the pass rush they showed last week a one-off thing? They got to Drew Brees six times, but they had only seven sacks going into the game.

The one thing we can be relatively sure of is that the Falcons are going to find their way to some yardage when they have Matt Ryan behind center (69%, 2352 yards). Here, though, he’s going to be under some pressure form an active Carolina pass rush (36 sacks).

The Panthers lost at Lambeau Field last week. But if you were watching, you had to have some admiration for Kyle Allen. This is the guy with very little experience, who was pressed into service with Cam Newton’s injury. And he showed some genuine guts bringing the Panthers down the field on that final drive, amid the elements, even though they didn’t succeed.

And now people are talking about which other Newton is going to play with next year, now that he’s been put away on injured reserve.

There is very little dispute that Carolina has the single most potent offensive weapon on the field. Christian McCaffrey now has 1385 yards from scrimmage, with seven games left to play. But is this enough for the win and cover? We’re not convinced of that.

If you are signed up with BetAnySports, you have the opportunity to get a better deal on the odds with reduced juice. And then, after the game begins, there is Sports Betting Ultra, which allows for real-time wagering………… After the games are over, enjoy their Lucky Live Dealer Casino………….. You can open up an account in a number of ways. Use a debit card or credit card. Or try a person-to-person, or Bitcoin, the digital currency that never incurs a transaction fee!