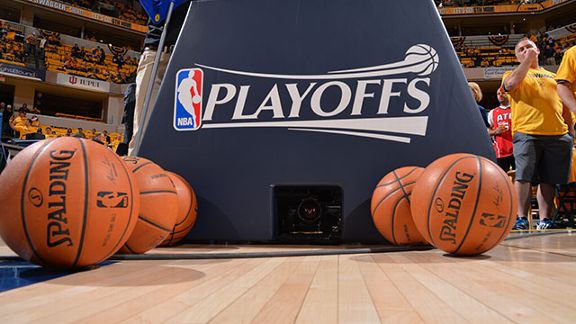 The regular season is finally over and sports betting sites are now posting the odds for the upcoming NBA Playoffs. After one of the most memorable regular seasons in the longest time, the playoffs have the potential of becoming one of the most exciting in recent memory. With arguably the best team in the history of the league entering the playoffs, and one of the strongest Western Conference in such a long time, fan or not, this is the time to find the best sportsbook and learn how to bet on sports (or at least basketball), because this is going to be exciting.

The Golden State Warriors are seeking validation to put the cherry on top of their marvelous season. After beating the 95-96 Bulls’ record, they are now on a mission to cap it all off with the NBA Championship. In the first round they face the Houston Rockets, with James Harden and Dwight Howard.

Although both Harden and Howard are both great players, and all-stars in their own right, this year has been rather tough on the Rockets as they barely made the cut for the eighth spot on the playoffs. Their regular season was filled with ups and downs and rumors of both men seeking ways to part from Houston. Sports betting sites will likely have them as the underdogs in this series.

The cohesive force and the consistency that has characterized the Golden State Warriors this season provides them with enough steam to go over the Rockets in 5 games. The Rockets will likely enter every single game in the series as underdogs and they might pull one at home, but the Warriors will dispose of them quickly.

This season feels like this would be the Clippers final attempt to make it to the NBA Finals with the group of talent they have on their roster. Paul, Jordan and Griffin, had tried unsuccessfully to overthrow the Lakers as the premier team in Los Angeles, and while they have been playing good basketball these past few years, but when it comes to this season, it feels that this group of players are going out with a whimper instead of a bang. This will be a very evenly matched series with the Trailblazers. While the Clippers will have home court advantage they must capitalize if they want to move on to the next round.

The Blazers on the other hand are a talented bunch of players but. At home they are a strong team, but the key to their possible success will be the first two games of the series. If they manage to steal one, we don’t see the Clippers being able to get one back. This will be an upset by sport betting sites and sportsbooks online. The Blazers will win the series in six games. However after that matchup the Blazers will have to face a well rested, determined Warriors team that could possibly sweep them.