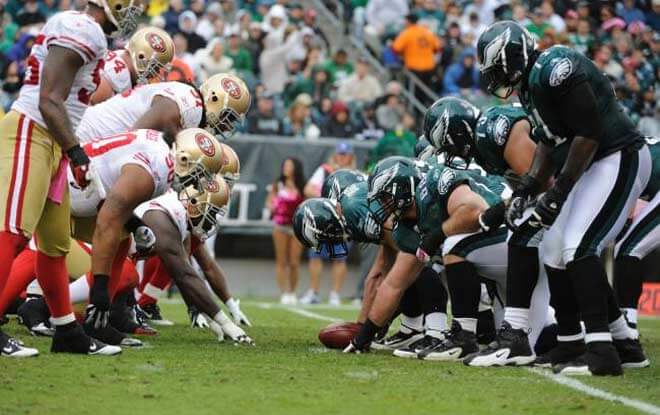 Carson Wentz is completing 59.8% of his passes for 737 yards, three TDs and six picks. Wentz has two or more TD passes in four of his last eight games. Dallas Goedert and Zach Ertz have 268 receiving yards and two TDs. DeSean Jackson has 10 grabs.

The San Francisco 49ers are the most banged-up team in the league. That includes Garoppolo who remains questionable. However, how could anybody be keen on backing the Eagles in their current shape. Regardless of how many points they get. It’d be nice for the 49ers to get some important players back from injury. Even without them, though, take San Fran and the points.