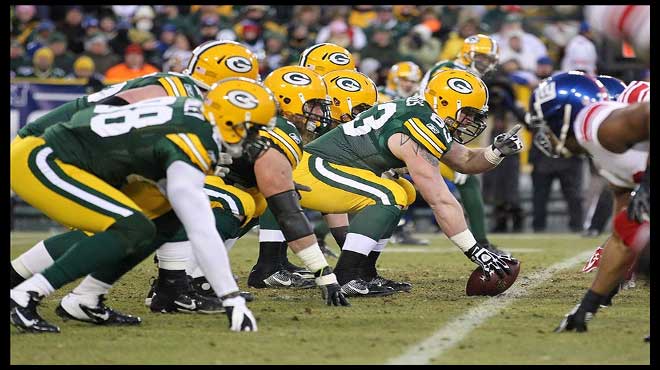 The New York Giants visit the Green Bay Packers on Sunday night football in a game that can be seen on NBC. The Giants are 2-2 after losing to Minnesota on Monday night while the Packers are 2-1 and coming off their bye. The Packers are listed as 7-point favorites at the best betting websites in what is expected to be a high scoring game with the total listed at 48. Let’s look at the matchup and Week 4 NFL predictions.

The Giants looked sickening in a 24-10 loss to Minnesota on Monday as the offense was terrible. Quarterback Eli Manning was matched up against an excellent Minnesota defense but there are growing concerns about the offense of the Giants. New York is scoring just 18 points per game while allowing 21 per contest.

Because the Giants haven’t been scoring many points they have been a good team to bet under the total going under in three of their four games.

The Packers are coming off an early week bye and it came at a great time for the team. “The bye couldn’t have come at a (more) perfect time,” veteran safety Morgan Burnett said. “Now we’re getting guys back, getting guys healthy, and that’s what you really want going down the stretch.” The Packers were without Burnett, Clay Matthews, Letroy Guion and Datone Jones in the win over Detroit and all are back at practice. The Packers are hoping that cornerback Sam Shields is ready to play after missing the past two games with a concussion. The Packers need Shields as they have given up an average of 307.3 yards per game through the air without him.

The Giants have struggled to score points but this is a great matchup for them against a weak Green Bay secondary. We know that the Packers will put up points on the New York defense so this should be a high scoring game. I will go over the total on Sunday night.