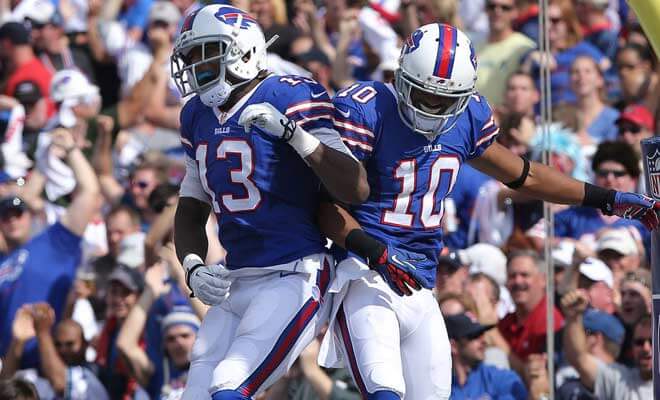 The Atlanta Falcons almost tasted their first loss of the season this past weekend when they traveled to the Motor City to faced off against the Detroit Lions, a team that qualified for the Wild Card last season. The online NFL betting odds were heavily favoring the Falcons but the Lions ended up giving them a run for their money and had there been 4 seconds more left on the game clock, Detroit could’ve very well won it. But despite dodging a bullet in Week 3, offshore sportsbooks are once again siding heavily with the reigning NFC Champions, pegging them at -400 favorites on the money line.

Atlanta has been flawless so far this season and their 3-0 record gives them the lead in the NFC South. The Falcons are picking up right where they left off last season, with Matt Ryan, Julio Jones and Devonta Freeman all putting up significant figures this season. But have they been playing well enough to merit such heavy favoritism? Well, they have been great but the odds are definitely taking into consideration the home field advantage the Falcons will be enjoying this Sunday. Top sportsbook betting fans have also been driving the line up considering that Buffalo is facing +317 odds straight up.

If you’re looking to bet on Atlanta but don’t want to spend that much on a wager, you could always cash in on more favorable odds on the spread. The Falcons are pegged at -7 for this contest with a -116 payout – much better than -400. Atlanta is 2-1 against the spread this season but is undefeated ATS at home. Buffalo is 2-0-1 ATS this season and is winless against the spread on the road. All things considered, this seems like the best line gambling websites are offering for this contest. It should be mentioned that a bet on the Bills on the spread line is offering a lucrative -104 payout.

The totals line is offering some noteworthy action. The over/under is currently set at 48 ½ with a payout of -110 for both teams. The Falcons come into this contest wielding the NFL’s 5th best scoring offense, putting up an average of 29.0 points per contest. Buffalo hasn’t been quite as impressive offensively as they are only putting up 16.7 per outing. Defensive Atlanta is allotting 22.0 per week while the Bills are faring much better in this category with an average of 12.3 – the best average in the league.

The Bills would have a great chance of upsetting the offshore sportsbook odds this Sunday, were it not for the fact that Atlanta is playing at home. Buffalo has tremendous potential, but Falcons fans are just way too intense. The Bills’ Achilles heel is their offense and you remove the element of communication from the equation, something Atlanta’s fans will make sure to do, then the Falcons are the clear cut favorites.