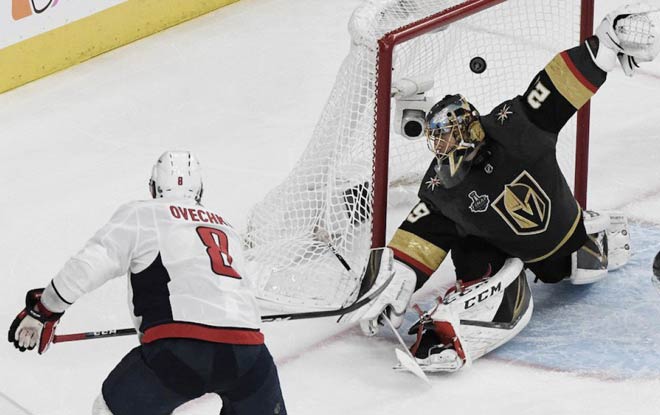 Can Lightning strike twice? The general consensus among top betting sites is that Tampa is due for its second Stanley Cup win. Which would be the Lightning’s first since the 2003-04 season. Last season, Tampa won its first-ever President’s Trophy with a 62-16-4 record. In the process becoming only the second team in league history to win 62 games. The Lightning also won their second straight and fourth overall Atlantic Division title. It was a regular season to remember followed by a postseason to forget. Tampa became the first Presidents’ Trophy winner to be swept in the first round of the playoffs, which was also the first time the Lightning were eliminated from the Stanley Cup playoffs in the first round since 2014.

In spite of the best online sportsbooks odds, the Lightning has a long and bumpy road ahead of the Stanley Cup. A few of those bumps are the above-listed Maple Leafs, Bruins, Avalanche, and Golden Knights. “Toronto has a dynamite offense, led by the trio of John Tavares, Auston Matthews and Mitch Marner,” writes Martin Fenelly of Tampa Bay.com. “They would have made a run already if the first round of the playoffs and the Bruins had never been invented.” The same can be said of the Lightning, only with Columbus rather than Boston.

And speaking of the Bruins, Fenelly says they are old and annoying, but they didn’t make the 2019 Stanley Cup Finals for nothing. The Knights “had an epic Game 7 playoff collapse against San Jose in the first round last year but might have learned from it. It’s all about the learning.” And “Avalanche will head to the Stanley Cup final within three years. This just isn’t that year.”

And speaking further of the Bruins, they lost the 2019 Stanley Cup to the Saint Louis Blues. However, the latter are not too high up on top betting sites’ oddsboards. That may have a little something to do with the difficulty of winning the cup back-to-back. The Pittsburgh Penguins (2017-2018) have been the only back-to-back winners since 1998. On the plus side, “the Blues have largely the same roster, with a new power-play weapon in Justin Faulk and a full season of goalie Jordan Binnington — likely brimming with confidence,” reports ESPN. There is more but I ain’t subscribing to ESPN+ to find out what it is. The LA Times agrees; the Blues “have kids bringing energy, and three-time All-Star Faulk should boost their power play.”

As for the Bruins, they’re also bringing back a majority of their almost-Stanley Cup-winning roster. As we observed above, though, they are getting on in years. Patrice Bergeron is 34, David Krejci and Tuukka Rask are 33, and Brad Marchand will turn 32. Oh, and Zdeno Chara is 42, of course. It’s a good thing hockey is played on ice. They can go ahead and store this bunch in it in between games.

So, with whom are we going to go? I think we can safely cross off the Blues and Tampa. The former because of the reason we already discussed. And the latter because I believe they are a regular season team. They don’t have it in them to go all the way. They lack the stamina, the wherewithal, the Stanley Cup-winningness. The Lightning may be top betting sites’ choice, but they ain’t mine. I’ll go with the Bruins. They’re like the Sylvester Stallone of the NHL; old as balls but can still kick ass.