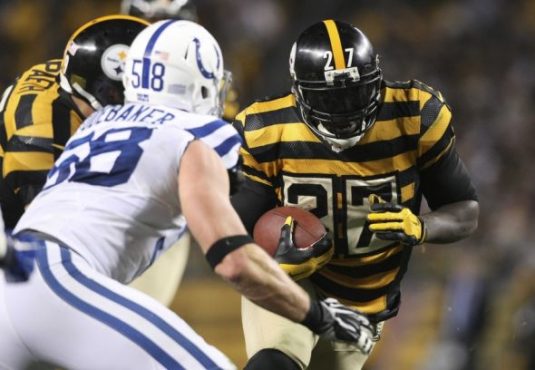 The Pittsburgh Steelers visit the Indianapolis Colts on Thursday night in a game that can be seen on NBC. It is the third betting game on Thanksgiving and a key one for both the Steelers and Colts who come into this game at 5-5. Neither team seems likely to make the playoffs with a Wild Card so it is all about winning their respective divisions. The Steelers are tied with Baltimore for the AFC North lead while the Colts are a game behind Houston in the AFC South. Let’s look at the matchup and Week 12 NFL picks.

The Steelers visit the Colts on Thursday, November 24th with a start time of 8:30 pm Eastern on NBC.

There was no line on this game at online sportsbooks as the status of Indianapolis quarterback Andrew Luck was yet to be determined. It seems very unlikely that Luck will play as he suffered a concussion in the game against Tennessee and was in the NFL’s concussion protocol. If Luck is out as expected then the Steelers should be about a TD favorite at top sportsbooks.

The Colts will be starting Scott Tolzien in this game if Luck is out as expected. Tolzien has not started a game since he backed up Aaron Rodgers in Green Bay two years ago.

The good news for Indianapolis is that they have done extremely well in Thursday games going 10-0 in Thursday night games since 2007. The bad news is that the Colts have been dominated by the Steelers in the past two years. The Steelers have won the last two games against the Colts by a combined margin of 96-44. Pittsburgh quarterback Ben Roethlisberger has completed 72.7 percent of his passes for 886 yards, 10 touchdowns and 0 interceptions.

This year’s Pittsburgh team is not that good but they are still tied for first in the AFC North at 5-5. The offense should be great with Roethlisberger, Le’Veon Bell and Antonio Brown but Pittsburgh is just 12th in total yards. The defense is not very good as they are 22nd in total yards allowed.

The Steelers need to win the AFC North to make the playoffs because they are two games behind in the Wild Card race. Pittsburgh is 2-3 ATS on the road this season with four of those five games going under the total at top betting sites.

Neither of these teams has much of a defense so I will take this game over the total at online sportsbooks.