The New England Patriots passed the first test of life without Tom Brady last week, although we are probably being overly dramatic. But SportsBetting customers will see them face a sterner test as they go to the Pacific Northwest. On Sunday night they will be in CenturyLink Field for a date with the Seattle Seahawks. Game time is 8:20 PM ET on NBC.

Let’s not lose sight of the fact that Cam Newton is a former MVP of the National Football League. And when he is healthy he is a handful. He appears to be healthy. Yes, he brings a different style to the position than his predecessor. But that doesn’t mean it can’t be effective. Of course, time will tell if it is going to have a long-run effect. But against Miami in the opener, Newton had 75 rushing yards and two touchdowns. He threw the ball only 19 times, with the Pats running the ball on 42 plays. We doubt we’re going to see that kind of imbalance the rest of the way. But it would not be a huge surprise if the Patriots became a run-heavy team.

Seattle on the stop end

It would seem obvious that the Seahawks would want to force Newton to the air, to test what he can do. If there’s anything you can say about the Patriots, it’s that they don’t have the most threatening wide receivers. To stop this attack may be easier said than done, though. Josh McDaniels has always been pretty good at altering the offensive game plan according to the opponent. And they are going to do what they think can work.

Last week the Atlanta Falcons ran up 506 yards of offense against Seattle. And 450 of those yards came off the arm of Matt Ryan. Can Newton be that prolific?  We have to keep in mind that even though Seattle has one of the best safeties in the game in off-season acquisition Jamal Adams, there is nothing left of the old “Legion of Boom.” In many ways, this is a defense that is rebuilding.

In the NFL Sunday Night Football betting odds on this game as they have been posted at SportsBetting, Seattle is favored at home.

Russell Wilson had one of the best games of his career last week against Atlanta, completing 31 of 35 passes for 322 yards. But with the Seahawks, this is another instance where we didn’t see balance. Except that the imbalance was the other way. Seattle ran the ball only 20 times. There is no question that ideally, coach Pete Carroll would rather do it differently. Chris Carson was coming off an injury, so it is understandable that he is not being given a heavy load. But with the presence of Carlos Hyde, they could run it more.

Keep in mind that on those occasions when he didn’t have Tom Brady, Bill Belichick didn’t exactly fold the tent. He’s won games with other people at the controls. In some ways, New England has more flexibility than it has in the past, and as long as Newton can take some pounding that will be the case. We’re not sure that Wilson runs wild against this Patriot secondary the way he did in Atlanta. And let’s see if Carroll has enough confidence in his ground game to lean on it a little.

For what it’s worth, the Pats have covered 12 of the last 15 they have been the underdog. And we see no reason we can’t grab them getting more than a field goal.

SportsBetting has a vast number of options for you to enjoy Sunday night football betting……… Take your pick of the pointspreads, haltime lines, props and also in-game betting…….. And it couldn’t be any easier to open an account; you can do so through any route imaginable. And don’t forget that you can use Bitcoin, which is very easy for deposits and withdrawals and never brings any fees! 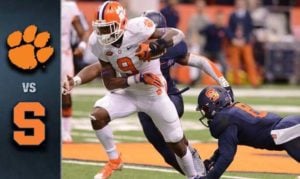 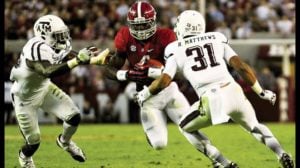