NFL Week 15 Picks: Jags and Raiders Sliding as They Clash 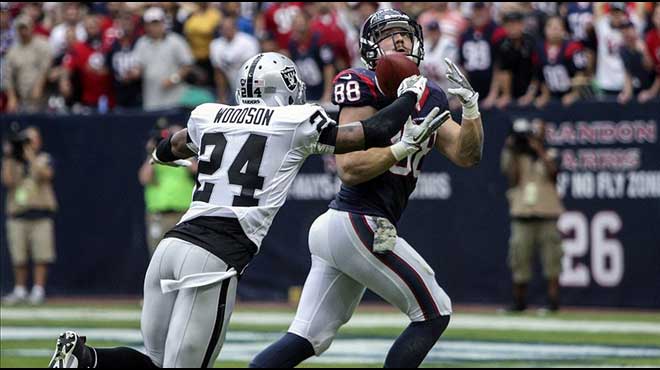 The Oakland Raiders are on the way to Las Vegas. But they have one more piece of business to take care of on their home turf. This team isn’t yet out of the playoff race, although they’re on a three-game losing streak. What they have going for them is that they have an opponent in worse shape.

The Jacksonville Jaguars have been through their share of drama. And they have fallen out of contention. Now they have lost five games in a row, and it hasn’t even been close. Is it even possible for the Jags to turn it around?

We’re not sure. But the Raiders, who take the field against them on Sunday (1 PM ET), are hoping not.

This is the last game to be played at the Coliseum, which by NFL standards is antiquated. But there are a lot of memories for Raider Nation, so expect enthusiasm.

The game will be televised by CBS on a regional basis. And BetAnySports customers can place wagers on the game while it is in progress, through Sports Betting Ultra.

The Raiders and their slide

Oakland looked for a minute like it was challenging very hard for the AFC West lead. But they have demonstrated that they aren’t ready for such a thing. In fact, they have lost their last three games by a total of 83 points. They came at the hands of the Jets, Chiefs, and Titans. Still, they have not been eliminated entirely. And they certain don’t want that to happen in the last appearance before the home crowd.

The Jaguars and their slide

The Jaguars have lost five games in a row. And they come by a total of 117 points. Part of this process involved the return of Nick Foles, the big-money free-agent QB who was injured in the opener. During this time the Jags got away from what they do best, which is running the ball. And getting well behind early in some of those games didn’t help that along.

Last week, they replaced Foles again with rookie Gardner Minshew. And Minshew threw 37 times for 162 yards. That’s an average of 4.4 yards per attempt. They ran the ball only 23 times in a 45-10 loss to the Los Angeles Chargers, a team that is out of the playoff race and came across the country.

In the NFL odds that have been posted on this game, the Raiders are laying points:

You can avoid having to lay the customary -110 on football if you sign up with BetAnySports and access Sports Betting Ultra!

Looking at these teams, at least the Raiders look like they have some working parts. That is, some parts that are willing to work. Derek Carr is a 71% passer, and he has gotten some pretty good pass protection, as he’s been sacked only 20 times. Darren Weller has been a real find at tight end, with 72 catches for 880 yards. And Josh Jacobs has proven to be a wise first-round draft pick for Jon Gruden and GM Mike Mayock. He’s gained 1061 yards and has been more of a workhorse than he was at Alabama.

On the other hand, the Jags have the look of a team that has quit. Maybe they’re not much in favor of coach Doug Marrone returning next year. But there is no excuse for these non-competitive efforts. Last week the Chargers averaged 9.1 yards per play, compared to 4.0 for Jacksonville.

The Raiders have difficulty defending the pass, allowing 30 TD’s and 8.2 yards per attempt. But how capable is Minshew of carving them up?

Jacksonville’s linebacking corps is so thin. And their rushing defense may be the worst in the NFL. They could get eaten alive. And we doubt very seriously that anything is going to beat that fever pitch we’re going to see in that stadium. We’d recommend laying the points.

BetAnySports offers you reduced juice for you when you make your NFL picks. And you’ll enjoy better odds by avoiding the -110 that you ordinarily have to lay. And after the kickoff, Sports Betting Ultra keeps you in the action… Open your account in a number of different ways. You can use your debit card, a credit card, person-to-person transfers or the virtual currency of Bitcoin, which is fast and easy with their automated system, and NEVER incurs a transaction fee!