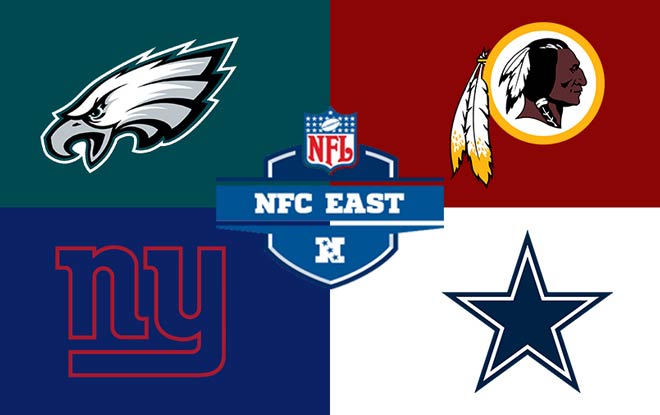 While the New York Giants and Washington Redskins are non-contenders, the Dallas Cowboys and Philadelphia Eagles are locked up for the NFC East lead at 5-4 according to offshores gambling sites. Dallas has the advantage with a win over Phlly already. And they probably have the easier assignment this Sunday.

Patriots on a payback mission in Philly

Well, the situation would seem to dictate that this is a good spot for the Patriots. After all, they’re coming off a rather humbling loss to the Baltimore Ravens and have had an extra week to stew about it. On top of that, they still have a payback motive going back to the Super Bowl two years ago. The Eagles are admittedly outstanding when it comes to stopping the run. And running the ball is something the Pats certainly want to do. But the important thing to remember here is that they don’t NEED to run the ball to win.

And they have had an extra week to integrate Mohamed Sanu into what they are doing. That won’t hurt against an Eagles secondary that has gotten healthier but still isn’t there yet. As for the New England defense, did it spring leaks against the Ravens? Sure they did. But this week they won’t be going against a quarterback with the elusiveness of a Lamar Jackson, or a ground game like Baltimore has.

We’re not convinced at all that Philly has enough firepower to put up against this New England crew. So we’re laying the points.

Have you ever tried to play football with broken bones in your back? Have you ever tried to do ANYTHING with broken bones in your back? No, I didn’t think so. But Matthew Stafford was hopeful about playing, until he was ruled out on Friday. Jeff Driskel, who isn’t a rookie, has made some starts for the Bengals. So inexperience isn’t what’s going to kill them.

I’m not sure I’d have been a whole lot concerned about whether Stafford played or not. The Lions started out the season as a team that was committed to establishing some kind of running game. Thus, that would offer some balance so that people couldn’t overplay the pass.

Well, that plan has become short-circuited. True, a lot of it has to do with injuries, most specifically to Kerryon Johnson. But the fact is, they have neglected that part of the game and now they are in danger of being a half-dimensional team. That, in case you haven’t figured it out, means about half as diverse as a one-dimensional squad.

We’ll count on the Cowboys to bounce back from a pretty frustrating experience against the Vikings, when they were nickel-and-dimed to death and couldn’t stop Dalvin Cook. There are not going to be any Dalvin Cooks on the other side of that line at Ford Field.

Haskins is in tough….. even against the Jets

You’re not saying things are more settled around the Jets, are you? Just a week after they lost to the previously winless Miami Dolphins, they won the “Stupor Bowl,” or if you will, the “Game of the Weak” against the Giants. Sam Darnold feels a little better about himself as he went a whole game without throwing an interception. And Adam Gase has been informed that he is going to be the team’s coach in 2020. So that eases some tension, we suppose.

Washington has committed to Dwayne Haskins as the starting quarterback for the rest of the season. And they are willing to take the bumps that come along with it. That’s because he simply must develop; he must learn how to run an NFL offense in an NFL system. So they will deal with what comes with it.

What will make his job harder is that the Jets have shown that they are able to stop the run. They have allowed just three yards a carry and stuff running plays more frequently than anyone. That leaves an awful lot in the hands of a raw rookie quarterback. And a for a Redskins team that has scored 45 points in the last six games, this constitutes a long afternoon. It’s the Jets for us.

BetAnySports customers can get reduced juice for better odds before the game. And with Sports Betting Ultra, there is real-time wagering available while the contests are in progress……… Make your deposits with a debit card or credit card, person-to-person transfers or the virtual currency of Bitcoin, which is fast and easy with their automated system, and NEVER incurs a transaction fee!