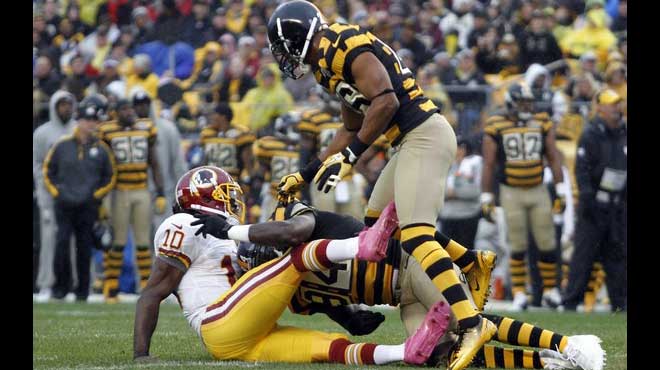 The Pittsburgh Steelers visit the Washington Redskins on Monday Night Football in Week 1. The Steelers are considered one of the top teams in the AFC while the Redskins are defending NFC East champions. This is expected to be one of the highest scoring teams in Week 1 as the total at the best online sportsbooks is 50. The Steelers are listed as 3-point road favorites even though they will not have running back Le’Veon Bell who is out due to suspension.

Not only are the Steelers without Bell who is suspended for this game but they will miss wide receiver Martavis Bryant who is out due to suspension and they won’t have tight end Ladarius Green due to concussion and starting linebacker Bud Dupree is out for at least six weeks. The Steelers will also be without cornerback Senquez Golson and rookie cornerback Artie Burns missed most of the preseason with an injury. The Steelers may also be without Cam Heyward who has a high ankle sprain.

The Steelers still have a potent offense led by quarterback Ben Roethlisberger and wide receiver Antonio Brown but there are huge concerns about the defense especially if Heyward doesn’t play. The Steelers were third last year in yards per game and they should put up a ton of points against this season. They will need to score a lot of points as the defense last season was 30th against the pass and it looks just as bad heading into this betting season.

New Secondary for Washington Gets a Big Test

The Redskins have a new secondary with Josh Norman taking over at one cornerback and Bashaud Breeland taking the other spot. Those two will be tested by the Pittsburgh passing attack and it will be interesting to watch Norman going up against Brown.

If the Redskins get what they expect from Norman and he keeps Brown in check in this game then the Redskins should have a good chance to win.

The Redskins should be able to score a lot of points against a bad Pittsburgh defense and if Norman can keep Brown in check then the Redskins should win this one. I will take Washington plus the points at TopBet sportsbook and also play the game over the total.