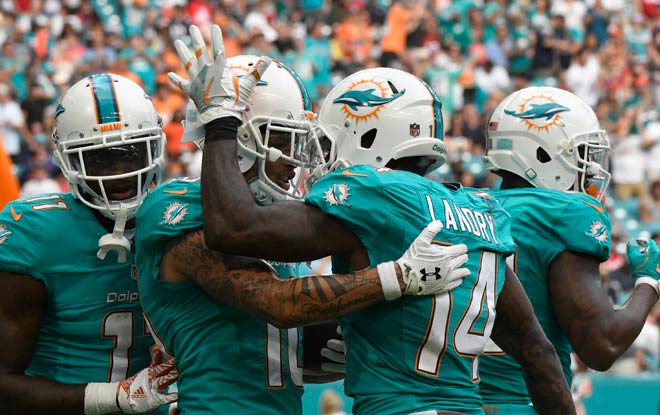 The Miami Dolphins are, according to sites for betting in the NFL, in dire straits. And looking at their QB room, it is easy to figure out why. First, David Fails, err, Fales. Second, Brock ‘Oz The Great and Powerful’ Osweiler. Third, Bryce Petty. And fourth, coach’s pet Ryan Tannehill. There are a lot of low cards in that hand. Oh, that’s in alphabetical order. We all know head coach Adam Gase will start Tannehill. And the worst part is, he may actually be the best of the bunch. It’s not like last season, when the Dolphins at least had Matt Moore. Sure, that’s not saying much. But comparatively speaking, Moore makes these guys look like Groucho, Harpo, Chico, and the other guy.

Odds taken from MyBookie sportsbook, a primo choice among sites for betting in the NFL.

Sadly, it’s like former New England Patriots wide receiver Daniel Amendola says. “Coach Gase is one of the guys, one of the boys, and you want to fight hard for your boys. Back in New England, it’s almost like you’ve got a principal, the principal’s office and s— like that.” A principal is an authoritative figure. Almost a father figure, even. But a friend? Friends don’t have to worry about discipline or setting an example. It’s easy to be a friend; that’s why kids have lots of them. But a father, kids only get one of those.

Not everyone is as pessimistic about the Dolphins as sites for betting in the NFL are, though. For example, Greg Cote of the Miami Herald. “Miami will vault above the low expectations and be competitively in the wild-card playoff hunt with an 8-8 or 9-7 type season,” Cote says. “Tannehill’s comeback season will be a good one. I believe in Gase.” You should write for The Onion, Greggy.

At New York Jets. The Dolphins are 7-3 in their last 10 games with the Jets in New York.

At Cincinnati Bengals. The Dolphins have prevailed in seven of their last nine in Cinci.

At Houston Texans. Miami have played and lost four times in Houston from 2006 to 2012.

At Green Bay Packers. The Dolphins will return to Wisconsin for the first time since 2010, when they won 23-20 in OT.

At Indianapolis Colts. Miami are 6-2 in their last eight visits to Indy, the last of which occurred in 2013.

At Minnesota Vikings. The Dolphins have split their six games in Minnesota between 1972 and 2010.

At Buffalo Bills. Miami have dropped five of their last six against the Bills and Buffalo.