Giants visit the Eagles on Week 16 for Thursday Night Football 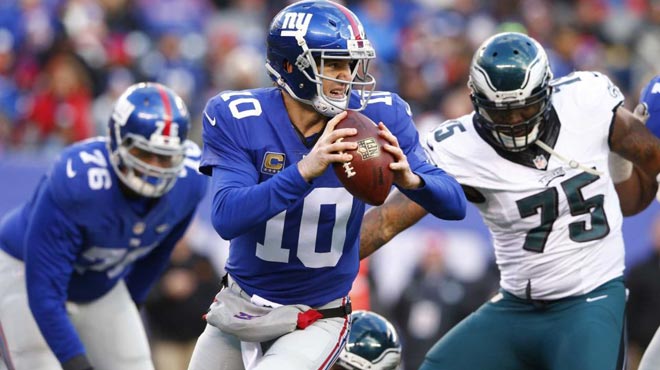 The New York Giants are slight favorites at the best sportsbooks on Thursday night football as they visit the Philadelphia Eagles on NBC. The Giants have the second best betting record in the NFC at 10-4 but because they are in the same division as the Dallas Cowboys it looks like New York will end up as a Wild Card. They will be facing a Philadelphia team that is out of playoff contention at 5-9. Let’s look at the contest and Thursday Night Football picks.

The Giants visit the Eagles on Thursday, December 22nd with a start time of 8:25 pm Eastern on NBC.

The Giants have been a good road team going 3-2-1 ATS with all six of those sportsbook games going under the total. New York is scoring just 19 points per sports betting game while they are allowing just 18 per game. The Giants beat the Eagles 28-23 back in Week 9. New York is simply finding ways to win games on a regular basis while the Eagles are finding ways to lose.

The Eagles are scoring just 23 points per game while allowing 21 per contest. They are 4-2 ATS at home this season with five of the six games going under. Philadelphia has had some good moments with rookie quarterback Carson Wentz but far too often they can’t close the deal. The Eagles have lost six games this season decided by seven points or less.

The trends point to a low scoring game so I will take this contest under the total at sports gambling sites.