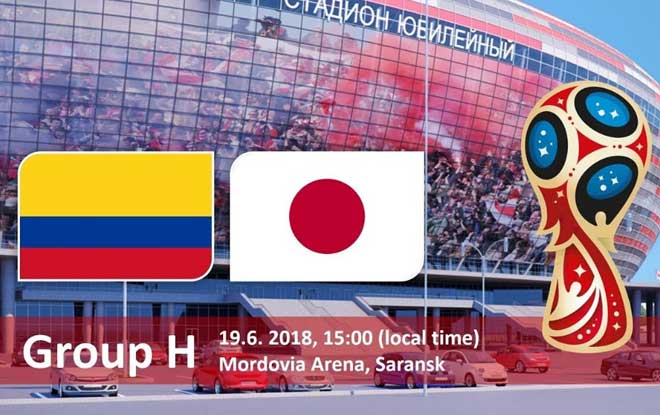 The time to make sportsbook bets on the 2018 World Cup is rapidly approaching. Subsequently, the best sportsbook players on the planet have already begun to size up this year’s World Cup schedule. We’ve already taken a look at a handful of eye-catching contests and today we aim at sizing up the Colombia vs. Japan pairing. This is the first matchup for both of these clubs and it’ll be interesting to see what the World Cup odds have to say about it.

Colombia enters as one of this year’s betting favorites to make an impact on the World Cup. With one of the greatest attackers in the game, every team has to take Colombia’s strikers into consideration. But Colombia doesn’t just bring in a dangerous offense; they’re also loaded with young and capable defenders. Most notable of which are Davinson Sanchez and Yerry Mina, who play for Tottenham and Barcelona respectively. The fact that Colombia was able to hold both Uruguay and Brazil to draws proves that this team is well-balanced and extremely dominant.

Japan had a tough time in the qualifying and ultimately punched their ticket to the 2018 World Cup with a solid 2-0 triumph over the Aussies in the second to last match of the qualifying group stage. It was a tough finish considering that they finished a lone point over Saudi Arabia and Australia as well. Notwithstanding those struggles, the Japanese displayed defensive prowess during their qualifying matches. Out of 10 matches, the Japanese delivered 4 clean sheets. Unfortunately for them, they’ll be put to the test right away against one of the best teams in the World Cup.

The above previewed odds come courtesy of Intertops sportsbooks, a fan favorite when it comes to online soccer betting on the 2018 World Cup. Intertops has built up an astounding reputation over the years by offering one of the most consistent services on the web and by being wholeheartedly committed to customer satisfaction. They have some of the greatest odds on the web and are taking their bonuses to the next level for this year’s World Cup action. Feel free to check out our online sports betting review on Intertops to get a more in depth look at what they offer. You can also hop to their site to begin your sign up process immediately.

Best US Online Sportsbook Prediction: 2-0 Colombia. The Colombians open up play with a solid performance over their opponent.

Best Sportsbook Bet to Make: The odds aren’t favoring Colombia that heavily, making them a great option straight up.