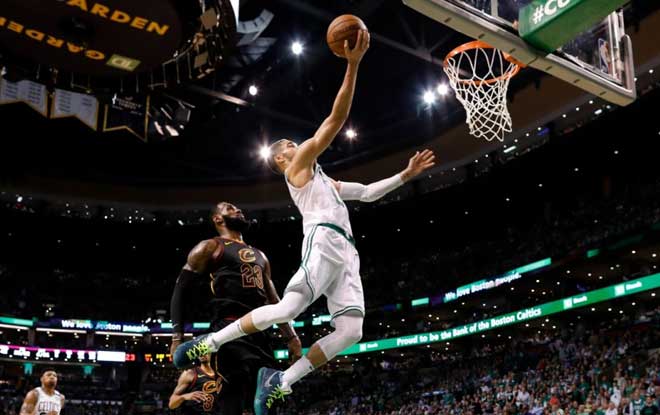 Although the best sportsbooks weren’t exactly favoring them in Game 5, the Celtics delivered a masterful beating of the Cavaliers in Boston. Granted, the Celts had won Games 1 and 2 at home defiantly. However, most NBA pundits felt that Cleveland would be able to ride the momentum they picked up at home in Games 3 & 4 to beat the Celts in Boston. Instead, we saw a winded LeBron James get bullied by a team without its best two starts. Now, heading into Game 6, NBA gambling websites are once again favoring the Cavaliers. Should bettors feel the same?

Boston is coming off a dominant 96-83 beating of the Cavaliers and will be vying to do the same. However, considering how they fared in Games 3 and four, there’s no guarantee they get it done. Game 3 resulted in a 86-116 loss for Boston and although Game 4 was closer, 111-102, it was still a decisive loss. As far as momentum goes, it’s unlikely that it will truly make a difference since the Cavs scrapped their momentum earlier in the series. The one thing Boston does have going for them is the Cavaliers, or LeBron’s rather, age. As most NBA pundits pointed out, LeBron looked visibly tired in Game 5. This isn’t all that shocking, since James has been piggybacking this team through the postseason. If James doesn’t have enough gas in the tank for a Hall of Fame performance, it’s more than likely that the Cavs get eliminated.

It’s not hard to see why the Cavs lost Game 5. As usual, James led the way in scoring with 26 points, 10 rebounds and 5 assists. Kevin Love did his best to contribute but was only good for 14 points, 7 rebounds and 2 assists. But after that, no other Cavalier was able to break double digits. What’s worse is that Tristan Thompson finished the night with a single point despite playing 30 minutes. It’s hard to justify earning 15 million per year when you only deliver a point in a playoff matchup.

The above previewed odds come to you courtesy of BetAnySports sportsbook. BetAnySports has what you need to take your NBA betting action to the next level. They have great odds and a variety of lines to capture your interest as well as a solid reputation to back them up. Feel free to check out our review on BetAnySports to get a closer look at what they offer.

Best Sportsbook Bet to Make: Take Boston to cover the spread or the OVER on the totals line.